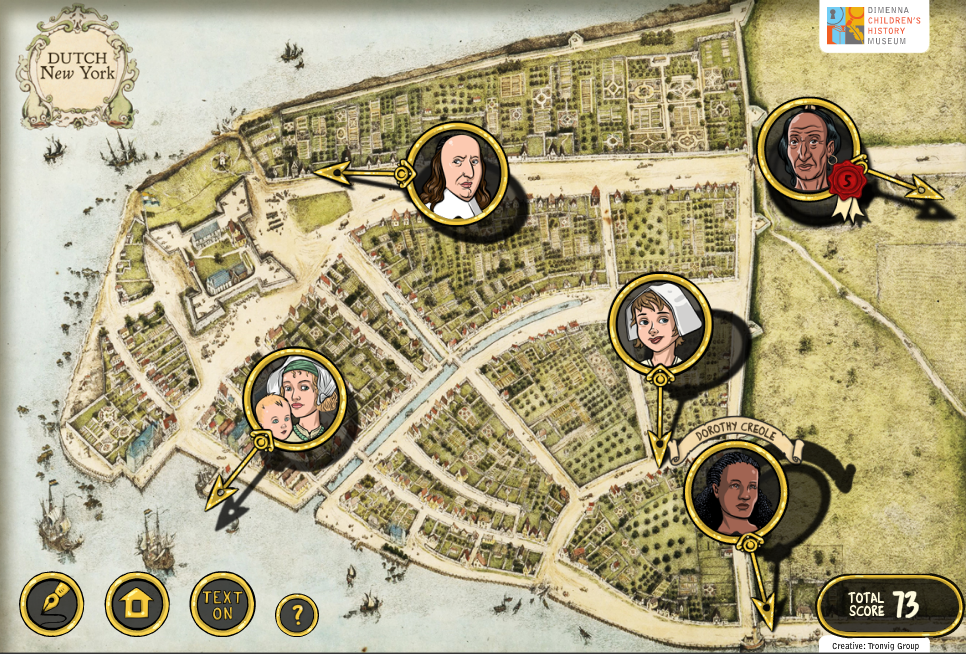 Dutch New-York educational game for kids was created by Tronvig Group for the DiMenna Children’s History Museum as part of a suite of educational games including Sloppy Copy and Chasing Liberty. In this game, originally designed as a classroom game, you go back to Dutch New-York and hear the stories of five different residents from that period of the city’s history. Each person’s story represents a different perspective on the history of the period.

The home screen for the game is the Castello Plan, a 1660 map of what is now lower Manhattan. This is actually a 1916 version of the plan that is in the collection of the New-York Historical Society. 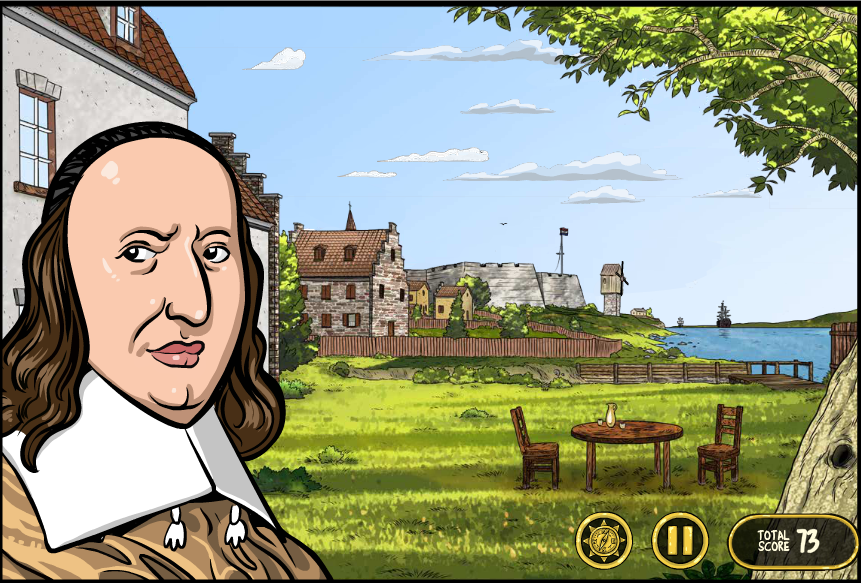 Peter Stuyvesant shown here gives the official perspective on the time telling his story with humor and a patrician accent. There was some debate over our use of a British accent for him. Thanks to Nick Balaban for the great voice characterization. 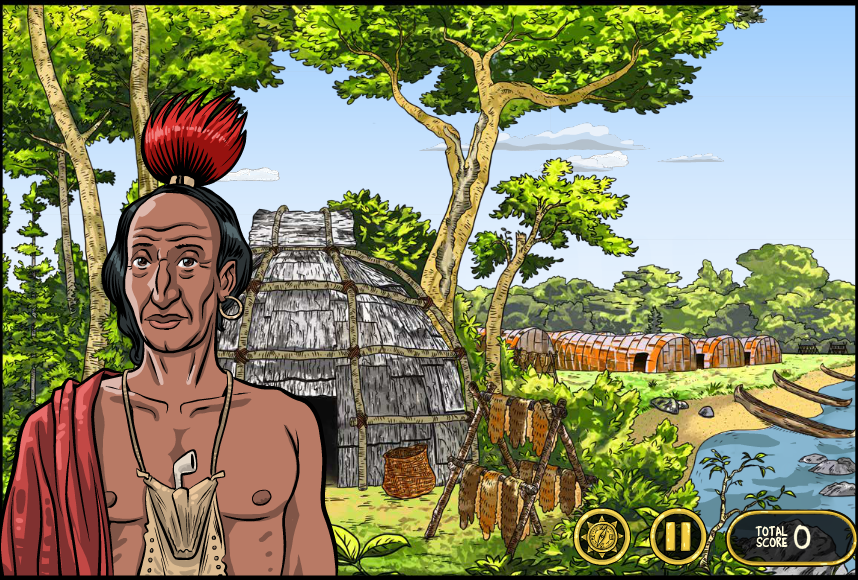 Our Lenape story as well as the others were originally authored by the wonderful Kathleen Hulser and then crafted by the even wonderfuller Madeline Schwartzman. Their humor and resourcefulness shine through. 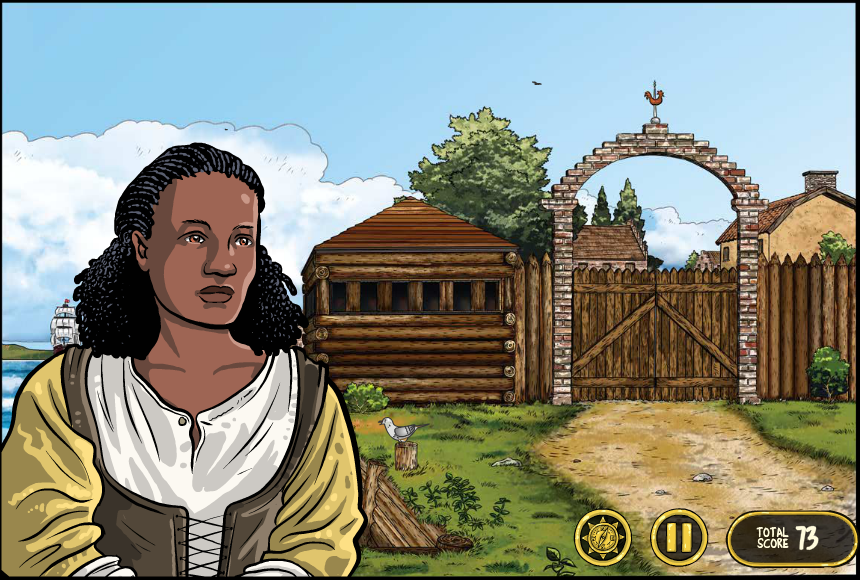 Originally a male slave (as shown in Historical Game Characters), the final character is based on a real freed slave Dorothy Creole. Her accent is that of West African immigrants. 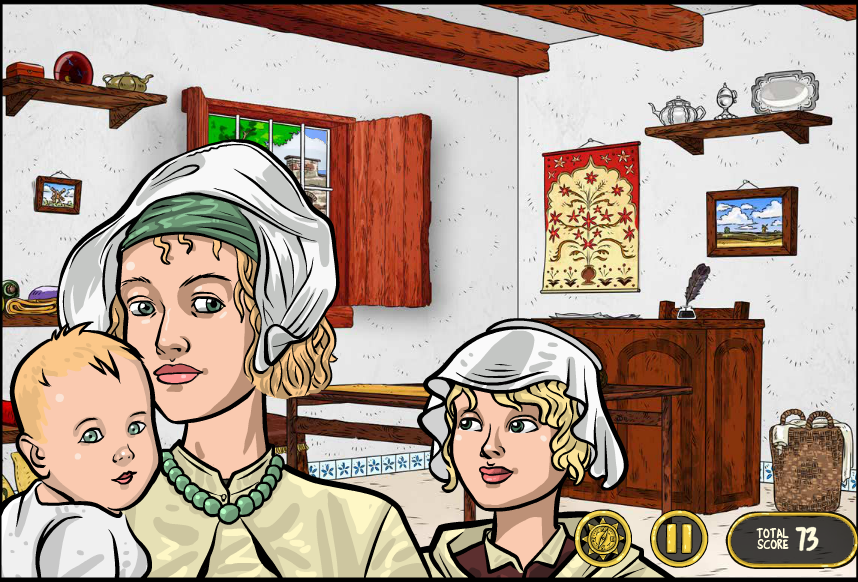 Margrieta van Varick is shown here in her house with her things and also with her two daughters, Cornelia (the baby) and Joanna. They lived a little later than the Castello Plan and in what is now Midwood in Brooklyn. 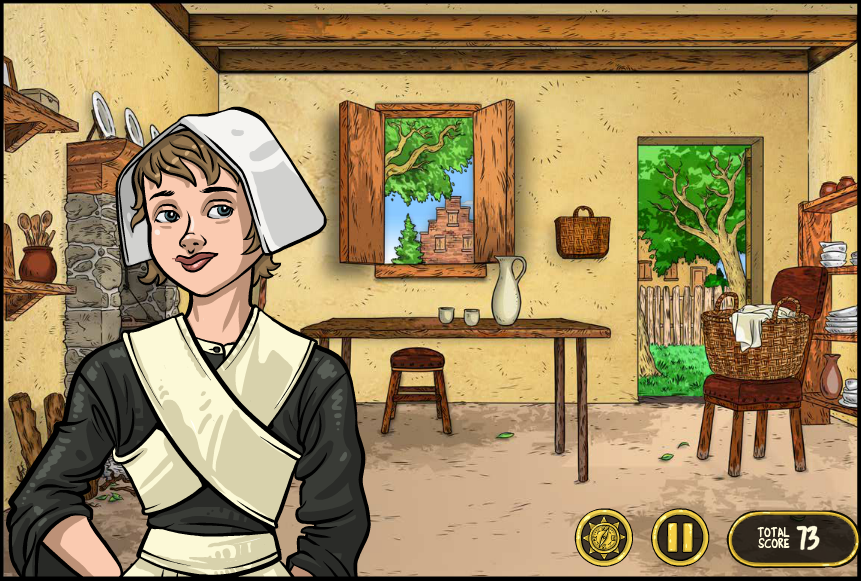 Our Dutch kitchen maid got the most evocative script and has the most obviously reflexive script that hopefully both holds attention and communicates something of what life was like for the character who is closest in age to the target. 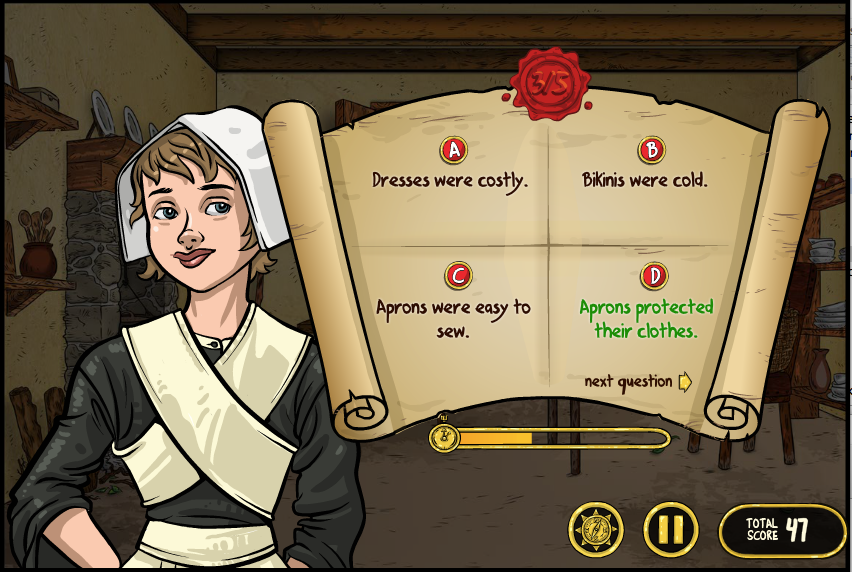 After each story, there are a series of questions based on the stories.

We also had planned for Juan Rodriguez to tell his story but as we indicated in Historical Game Characters (where you can see his character), he got the ax due to a continuing historical debate over what his story actually is.