This past summer James Heaton wrote about The Conversation, a collaborative conversation of the sort he frequently had in Japan, that he found to be lacking here in New York. He and Catherine May Saillard, who also missed this kind of conversation from her youth in France, have set about trying to recreate it. I participated in The Conversation 2 this past Thursday on the Parlor Floor of ICI French Country Kitchen. Only Catherine and James were repeat participants. I was the designated referee.

At the outset the group chose the following prompt to discuss for the 2.5 hour-long dinner: What responsibilities does the private person have as a member of society? Conversely, what role should the public have in private affairs? 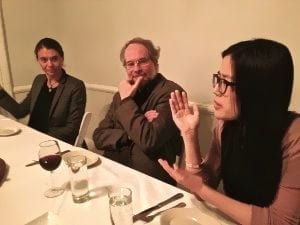 I had written this particular prompt with the measles outbreak and the recent release of former CIA agent John Kiriakou in mind, but the conversation went in a completely different direction due to someone’s mention of Bill Clinton and Monica Lewinsky. I didn’t really care to hear about them, but felt resigned to witness the course of the conversation as referee. I was still quite happy though, enjoying my food and observing the dynamics among the participants, rather than listening to the content.

A rare opportunity to say nothing

Given this, I was disappointed when James turned to me and relieved me of my referee duties, inviting me to participate. He decided there wasn’t much need for a referee as everyone was cooperating and not breaking any of the rules (such as having side conversations or dominating conversational flow).

For me, refereeing the conversation was a much more unusual opportunity than the conversation itself; I feel that I have plenty of small group collaborative conversations in my life at Korean gatherings, but the chance to disengage from a conversation without making others alarmed is rare. This is actually why I don’t like karaoke, other than the fact that I don’t care for the sing-along part itself. The pressure to vocalize is especially high in those situations and when I don’t participate in the activity, it makes everyone concerned that I am not having a good time. 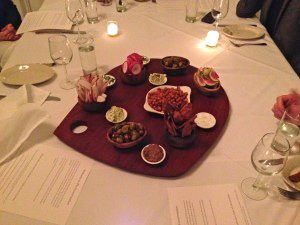 Furthermore, I tend to experience hesitation and slight anxiety in situations where I have the role of a non-speaker, but then have to start talking. This is probably related to my moving to the United States at the age of 8 and spending the first year not talking in school—at first because I didn’t know any English, then because I didn’t want to startle anyone by suddenly beginning to talk.

For all of those reasons, I was reluctant to join the conversation until I jumped in when it turned to race—then I could barely contain myself. I have no recollection of how it spun from the initial prompt and much of the rest is a blur except the mushroom cavatelli. Then everything comes into focus the moment James once again turned to me, this time to point at me and say, “she’s not privileged.”

Now, it may seem like James only bears unwelcome comments each time he turns around, but I appreciated his statement within the context of the conversation. When I objected to another diner’s remark that our discussion was esoteric, it was because I was speaking from visceral, lived experience. Others around the table pointed out that for us to have a truly collaborative conversation we would need more diversity, people who possibly couldn’t afford the time and mental space to attend such a gathering. That’s when James cut in.

Since people like my mom—who used to work under the table because she had a family to feed, no work visa and limited English skills—couldn’t afford to attend something as seemingly frivolous as what we were doing, I was there, in effect, as her proxy. I’m not my mom, but she raised me and I know where her heart would be in some of the issues raised. That’s why I felt my voice and hers were being discredited when some around the table made such assumptions only two hours after we had met.

I imagine that there was more diversity there than we saw, despite the conversation tending more toward affirming and amplifying the group’s views than examining them.

I think we all probably made many assumptions about each other. While I agree that we were not a deeply diverse sample of congregants, I imagine that there was more diversity there than we saw, despite the conversation tending more toward affirming and amplifying the group’s views than examining them or finding a path to new perspectives.

We talked a lot about tribes in the latter half of the conversation. The eight of us seemed all members of a particular New York tribe, but it served as a good reminder that no tribe is truly homogenous.

James’ read on the event:

This conversation was dramatically different than the first conversation. Both prove that even if it is hard to do, New Yorkers can have a civilized conversation. What we have yet to crystalize is exactly how to stimulate a truly collaborative conversation.

It was an insightful and heartfelt conversation conducted amicably among 8 intelligent persons each contributing to the subject with passion and occasional eloquence, but there was too much focus by all of us on what we were saying. I had the impression (and experience) of holding thoughts as others spoke, putting them aside for the opportunity to throw them out to the group. We were not giving in to the flow of the conversation itself. We were not dedicating our whole mental effort to listening. In a collaborative conversation, as I understand it, the conversation itself takes on a life and power that lifts everyone beyond what we could achieve on our own. It ceases to matter what I have to say. It only matters what I have to contribute to what is being said.

We were not giving in to the flow of the conversation itself. We were not dedicating our whole mental effort to listening.

This did not happen last Thursday. If it had, I think Joyce would have perhaps not experienced such an uncontrollable urge to speak. She would instead have been able to channel her mother directly into a kind of open artery of conversation. This could have pulled all the rest of us into the experience she wanted to convey. This is the kind of conversation that not only leaves you feeling nourished and alive (which last week’s did for me) but one that also leaves you changed.

I think we have to make this objective more explicit. As our definition and understanding of a collaborative conversation improve, we will get better at setting the conditions for its emergence. I am still unsure if the cultural homogeneity endemic to my collaborative conversational experiences in Japan are a necessary prerequisite to them, or if we can reliably recreate it here in our more innately diverse world of Brooklyn. I do think we will have to slow things down. We may need to free the participants from the responsibility of saying anything at all (as Joyce enjoyed for half of this conversation). We could also have mandatory pauses for reflection—time set aside for each of us to tame the dragon that wants to impress, to compete, to “win” the conversation.

We may need to free the participants from the responsibility of saying anything at all.

I am hopeful and Catherine remains committed to this project. We may have gotten closer to our aspirational goal of a truly collaborative conversation in our first attempt, but there was something special about this conversation as well. More than great food and great conversation, there was an awful lot of love. You might call it unnecessary love. 8 people around a table exposed their feelings and self-doubts to a collection of virtual strangers. Why?

Perhaps we need this. Perhaps this should happen more. 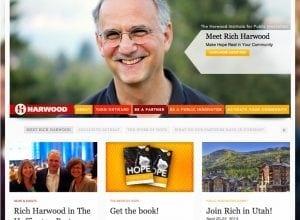 Blog
Empathy in Advertising (and the Need for Differentiation)
By Elizabeth Skolnick / Apr 14, 2015
Empathy in advertising is essential but its expression should not be reduced to a formula. Think of it as a baseline requirement, but differentiation is even more important.
read more → 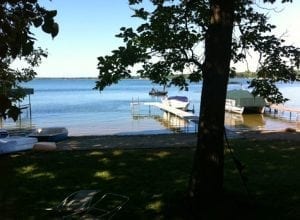 Blog
How Not to Vacation
By James Heaton / Aug 29, 2012
Last year I wrote about taking a solid two-week vacation and described taking the family to our remote Canadian island with no electricity and no running water.

That was a really good vacation.