More than a year ago, we successfully advertised an exhibition for the National Museum of Women in the Arts in Washington, D.C. called Picturing Mary: Woman, Mother, Idea. The advertising campaign was based on the headline “Meet Mary,” and it was targeted at a persona we identified as the primary marketing target. She was Lila the “Catholic pilgrim.”

Picturing Mary was one of the most well-attended exhibitions in the museum’s history (242% of the average daily attendance between 2004-15). During the first three weeks of the current exhibition, She Who Tells a Story: Women Photographers from Iran and the Arab World, we have experienced about 72% of the attendance of Picturing Mary despite using roughly half of the marketing dollars. 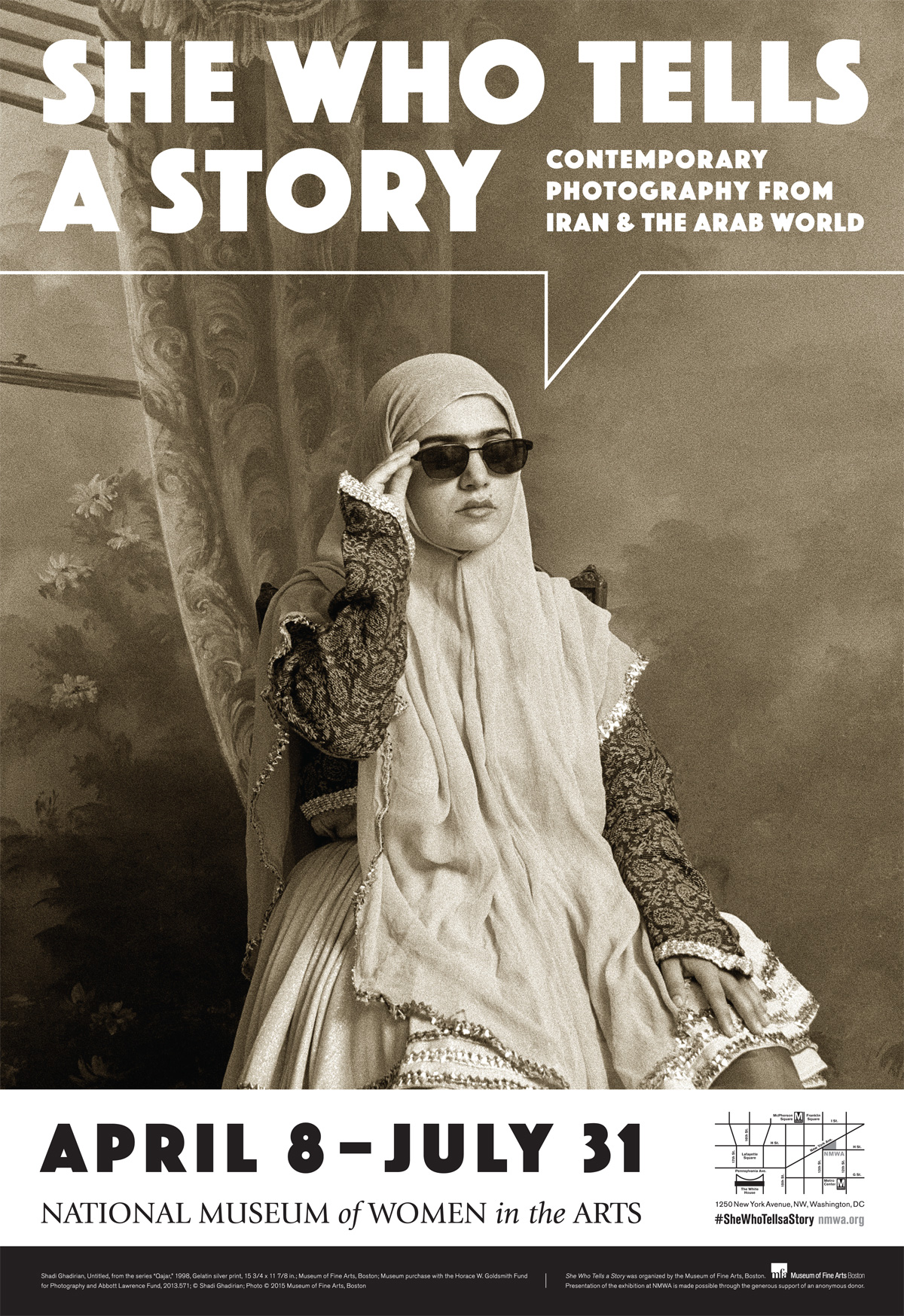 She Who Tells a Story

While the popularity of She Who Tells a Story is undoubtedly affected by the curiosity and national climate of oversimplification and stereotyping that surrounds the Arab world and Iran, the real engine for attendance is the quality of the exhibition itself. (Also, we’re proud of our advertising campaign.)

One attendee described it as “transformative,” and that’s not really an overstatement.

The exhibition represents an array of deeply personal perspectives on everything from the challenges of being a teenage girl to the question of how anyone can document the emotional impact of living in a war zone and even the question of what is portraiture in a cultural environment that routinely obscures women’s hair and faces.

This exhibition does an amazing job of opening a window into a world populated by women whose perspectives are rarely given much thought in the United States. This window is now open just steps from the White House and will remain so through July 31st. I hope it inspires a reevaluation of our simplified assumptions about women in the Arab and Iranian world. Its cultural relevance is undoubtedly timely in this particular political season.

If you do get the opportunity to see She Who Tells a Story, make a point of listening to the audio. The curators have collected some of the artists’ thoughts and the effect is truly powerful.

Champion women through the arts

The central tenet of the National Museum of Women in the Arts’ updated brand strategy is to “champion women through the arts.” She Who Tells a Story, while originally organized by the Museum of Fine Arts in Boston, is not only looking like a significant public success for the women’s museum, but is also a concrete illustration of the organization’s core values and mission. It is both proof that a new audience exists for the museum and another example of the museum’s healthy transition into contemporary relevance.

Evidence that this strategy is having the desired brand impact can be seen in the first line of the Washington City Paper’s Best of D.C. 2016 pick:

“It’s been dazzling to watch the transformation of the National Museum of Women in the Arts.”
—Kriston Capps

She Who Tells a Story, along with the upcoming special exhibition No Man’s Land: Women Artists from the Rubell Family Collection slated to open in late September and innovative new programming like the Women, Arts, and Social Change initiative that launched last fall, is putting the National Museum of Women in the Arts back on the arts map of Washington D.C. It is living up to its mission and we are excited that it is actively gaining a reputation as a destination for art and ideas. 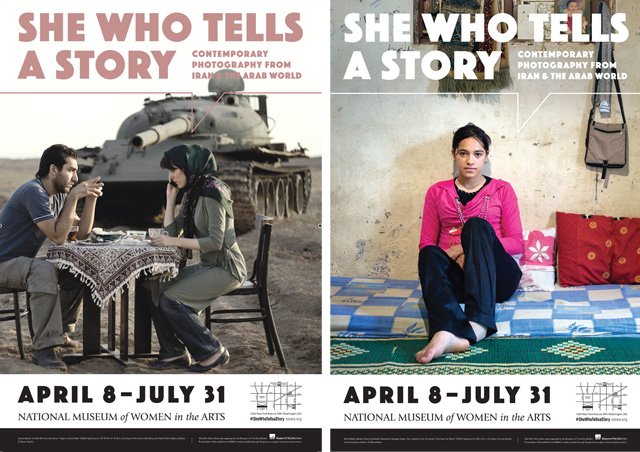 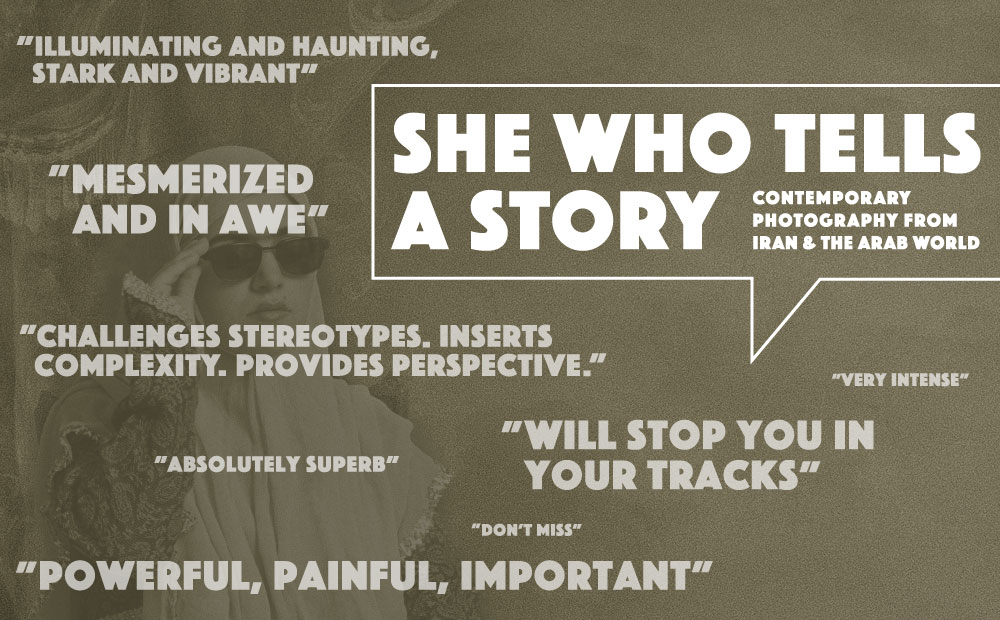 She Who Tells a Story has held up throughout its run. Today the museum distributed a selection of quotes they collected from the press and visitors:

#SheWhoTellsAStory was breathtaking. Planning to see it again before it leaves!—Museum visitor

Feeling empowered by reading the stories from #SheWhoTellsAStory exhibit.—Museum visitor

She Who Tells a Story offers a masterclass on how to provide a platform for marginalized voices.—Hyperallergic

…shares the surprising, touching, and often untold stories of women in the Middle East.—Capitol File 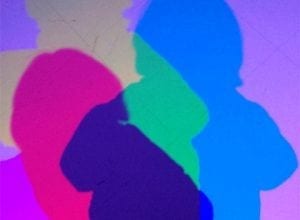 Culture
The Museum Store
By Joyce Kwon / Mar 31, 2016
The spectrum of content consumption that once had a clear distinction between museum and museum store is blurring. It's possible that one day in the not-so-distant future the distinction between the museum and the store will just fade away in our Instagram-friendly world.
read more →