History Brands (History and the Mechanisms of the Mind)

In listening to Sia Sanneh and Christy Coleman‘s separate talks at New York’s MuseumNext and hearing how they engage with history and how it is remembered, I was struck by the challenge faced by all institutions that seek to deliver complexity into the public’s historical understanding. This will always be a difficult task.

“Japan was the aggressor against the U.S. in World War II.”

This is a brand statement that privileges some narratives over others, thus affecting how history is retained and interpreted in later eras. I’ll come back to this shortly.

It is often said that in the aftermath of any historical event, a fight ensues over its significance and how it will be retold. The story that will eventually make its way into public memory is at first contested, then typically, one side asserts a version of the story that creeps into a position of orthodoxy. The story enters the collective memory through a natural process of distillation, simplification, and retelling. This may take years, decades, or centuries. It is this process of creating history through which we make sense of our past. Along the way nuance is reduced and narratives emerge that have winners and losers.

Through the process of creating history, we make sense of our past.

Any attempt to complicate the orthodox reading of history is naturally met with resistance. One can see this challenge played out in the Smithsonian’s squelched attempt to present the Enola Gay in context in an exhibition that did not conform to an orthodox historical narrative surrounding the conclusion of WWII. The typical historical account is that President Truman’s decision to use atomic weapons meant that the U.S. did not have to invade the Japanese mainland, a campaign that would have been extraordinarily costly to both sides. Japan’s refusal to surrender after Hiroshima is cited as further evidence of the Japanese regime’s fanatical resolve and therefore as justification for bombing Nagasaki. The horrible destruction wrought on Japanese civilians is recognized but is not a central part of the story. Neither is the story of how the bombings precipitated the postwar nuclear race and began a grim chapter in human history. 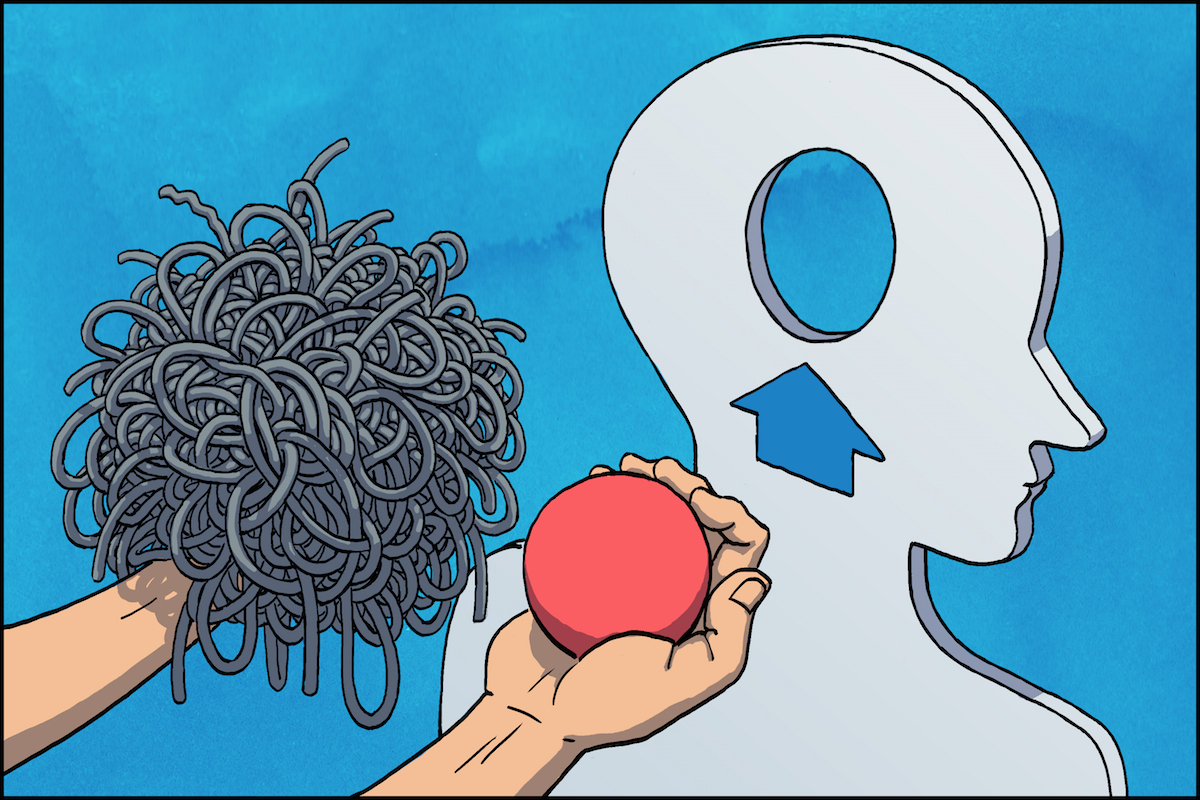 It is worth acknowledging that we have ended up with a narrative that lets us feel better about our history. Our “brand” for the Great War is based, after all, on a very clear narrative in which we the Allies were clearly on the right side. This is not at all to suggest that the Allies were not on the right side; merely that the reality of history is usually more complicated than the brand story we tell ourselves. It is natural to want a simple story; there is comfort in reciting how we were the good guys. This is easy. As Smithsonian Air and Space Museum director Martin Harwit found out, it can be very difficult to do otherwise.

We like clean narratives because they are easy to hold and remember.

This easiness is critically important. We like clean narratives because they are easy to hold and remember. But this is less about bias than it is about the biological configuration of the human brain. Our brain is an organ that seeks efficiency. One way that it does this is by relying on a kind of autopilot for the vast majority of its functions. This pattern has a profound impact on thought and memory. We use a little information to create a narrative that makes sense and we file it away as complete. Any new information is then rationalized within that existing narrative—and importantly, things that cannot be rationalized within it are discarded. This is much easier to do than to restructure the narrative to accommodate the pieces that don’t easily fit.

We don’t discard complicating factors because we are evil; we do it because that is how our brains are designed. It is an evolutionary feature that allows for efficiency but has the consequence of insulating us from inconvenient information. It makes us blind to some facts and receptive to others. So the absence of thoughtful objectivity is a powerful norm.

Historical understanding builds on thought patterns and associations very much like brands do. Staying with the World War II theme, let’s consider the simple and largely innocuous statement that Japan was the aggressor against the U.S. in WWII. Interestingly, this story is very convenient for both victor and vanquished, and has thus become the standard narrative.

Historical understanding builds on thought patterns and associations very much like brands do.

It serves the Japanese because it paints a picture of the war that emphasizes the conflict between the U.S. and Japan instead of the much larger and longer war that took place between Japan and the rest of Asia. It creates a relatively simple narrative: Japan attacks the U.S., wakes a sleeping giant, and is destroyed by them—only to be reconstructed as an obedient little brother state and staunch ally. The War itself can be framed between the Pearl Harbor attack, which killed 2,402 persons including 57 civilians, and the bombings of Hiroshima and Nagasaki, which killed at least 129,000 people of whom the vast majority were non-combatants. A surprise attack that accidentally took place before the official declaration of war due to a snafu in Washington in contrast to the only intentional use of weapons of mass destruction in world history against large urban non-military populations. This is a very convenient story if you want to see yourself as the victim. It leaves out the brutal war that Japan waged on China, which killed millions of Chinese civilians.

For the Americans, it is also a very tidy story. We were innocently minding our own business and staying neutral in both the European and Asian wars that were darkening the planet when the Japanese attacked us entirely unprovoked. We subsequently assembled the greatest army the world has ever known, won both the European and Pacific wars, and inaugurated an unprecedented period of prosperity and global hegemony. It’s not convenient to pay too much attention to the efforts of the Soviet Union because that gets messy later. Better also to pass over provocations like the increasingly stringent economic sanctions that the Roosevelt administration imposed on Japan, ultimately cutting off their supply of oil, scrap metal, and other materials they needed to pursue their war in China. It’s better that we do not look like we wanted (or needed) an attack from the Axis so that we could mobilize a largely isolationist population in America into action and enter the war in Europe. The buildup of hostilities with Japan is not a simple or convenient story. It has nuance (and a good deal of racism). But it is much easier to understand a story that starts with an unprovoked attack and ends with a total victory demonstrating the triumph of superior technology.

The valuable fight for greater nuance and complexity is an uphill battle.

Simple narratives are far easier to retain than messy and more nuanced stories. History is victim to this natural quality of the human mind to crave good stories and hold on to them. If the story makes it easier for us to sleep at night, all the more incentive to remember and repeat it. This process is not bad; it just is. The takeaway is to recognize that the valuable fight for greater nuance and complexity is an uphill battle. It can be won but success will be more likely if you know the difficulty you face and the effort that will be required. 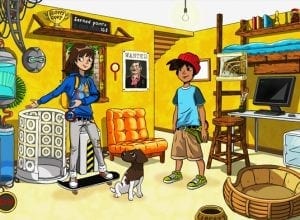 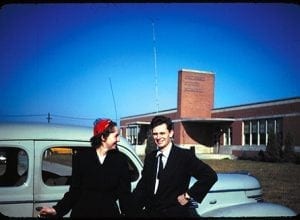 Blog
Historical Game Characters for Museums
By James Heaton / Jul 11, 2012
We have had to create a few historical game characters for games targeted at kids. Along the way we have acquired some insights that may be useful to others doing the same or similar things.
read more → 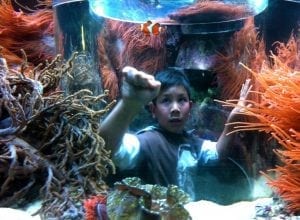 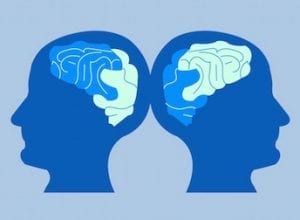 Blog
Adaptation and Loss (Mental Brandworks)
By James Heaton / Oct 05, 2011
In August I took a two week vacation during which I was totally disconnected—off of emails, phone calls, any kind of electronic communication. I became (by the second week) very comfortable with my slowed down and uninterrupted life. I adjusted enough during that short span of two weeks that when I came back to the office I was—for a while—a kind of foreigner there.

That was back at the end of August. Now it's October, and I have fully recovered.
read more →