Brain Science and Marketing: Role of the Limbic & Reptilian Brains

98% of what the brain does is outside of conscious awareness. 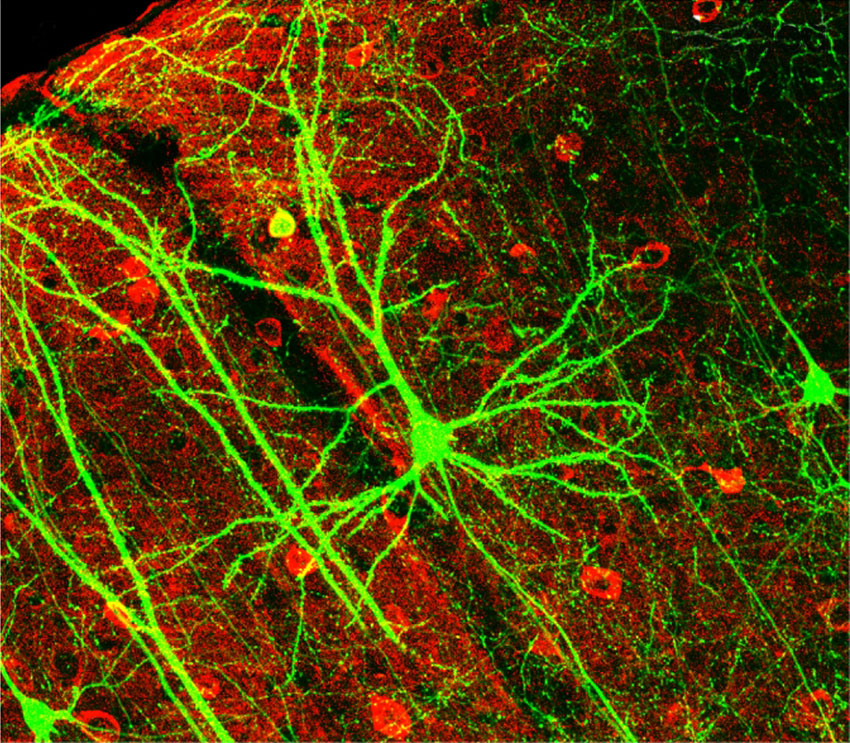 You think you are in control. “You”—your sense of self—your highly developed, amazingly capable, conscious mind housed in the big wrinkly hemispheric thing that we most often associate with the brain: the neocortex—is not really in control as much as it thinks. It’s just easier for all of us to carry on with this delusion.

Your brain is not really in control as much as it thinks.

We all like to think of ourselves as in control of our decisions and behavior. We believe that we think and then act … in that order. Sometimes we actually do behave this way. But most of the time we in fact make a decision unconsciously, and then we either build a conscious argument to support that decision or we just act on the decision without even being aware of what’s happening.

Recent brain science has uncovered a number of tremendously interesting things that have profound implications for branding and marketing practice. These discoveries do not nullify the “art” of marketing, but they do remind us of the importance of the science.

“The causal role of conscious thought has been vastly overrated, and what we are in fact is not rational creatures, but rationalizing creatures.”

Ignore this at your peril.

Stanford Professor Baba Shiv devised an elegant test that illustrates how weak our control of decision actually is. He had people choose between an unhealthy but appealing snack (chocolate cake) and a healthy but less attractive snack (fruit salad) while trying to remember either a short or long sequence of numbers. Those with the easier task of remembering one or two numbers chose cake 42% of the time. Those trying to hold a longer sequence of numbers in their heads chose cake 63% of the time (published study here). People’s basic desire for fats and sugars trumps the rational override with only the mildest of mental interference.

This appears to show that the rational decision-making process is so fragile that it only holds sway under near ideal circumstances. Our lives are almost never near ideal. So what’s actually happening here? Another decision-making system—what one might call our emotional unconscious—is doing a lot of the driving.

There is another intriguing experiment conducted by Lawrence Williams of the University of Colorado. Let’s call it the “cup o’ joe test.” Subjects are unobtrusively handed a cup of coffee prior to being asked to write down their thoughts about a man, “Joe,” whose photograph they are shown. There are two test groups—one in which they are handed and briefly hold a warm cup of coffee, and another where they’re handed iced coffee instead. Invariably what happens in this experiment is that the subjects who hold the warm cup of coffee have a more positive view of Joe and those who hold the cold cup, a more negative one. The photograph is the same, everything else is the same. Only the temperature of the coffee is different.

The subjects who hold the warm cup of coffee have a more positive view of Joe and those who hold the cold cup, a more negative one.

You have probably heard of the reptilian brain. This suggests to me that the reptilian brain is reacting to the physical sensation of the warm cup of coffee and deciding on the basis of that, whether this warmth is a good indicator for Joe. The limbic brain—the emotional center—then puts in its two cents: “Warm is good. I want to be around people who are warm. They can be trusted more than people who are cold.” The lingual/rational brain, the neocortex, is left now to quickly fill in the answers as to why, and is able to rationalize the decision that has essentially already been made about Joe by the other unconscious parts of the brain. The rationalizing brain makes up whatever good reasons it can think of to like Joe of the warm cup o’ joe, and dislike or distrust Joe of the cold cup o’ joe. 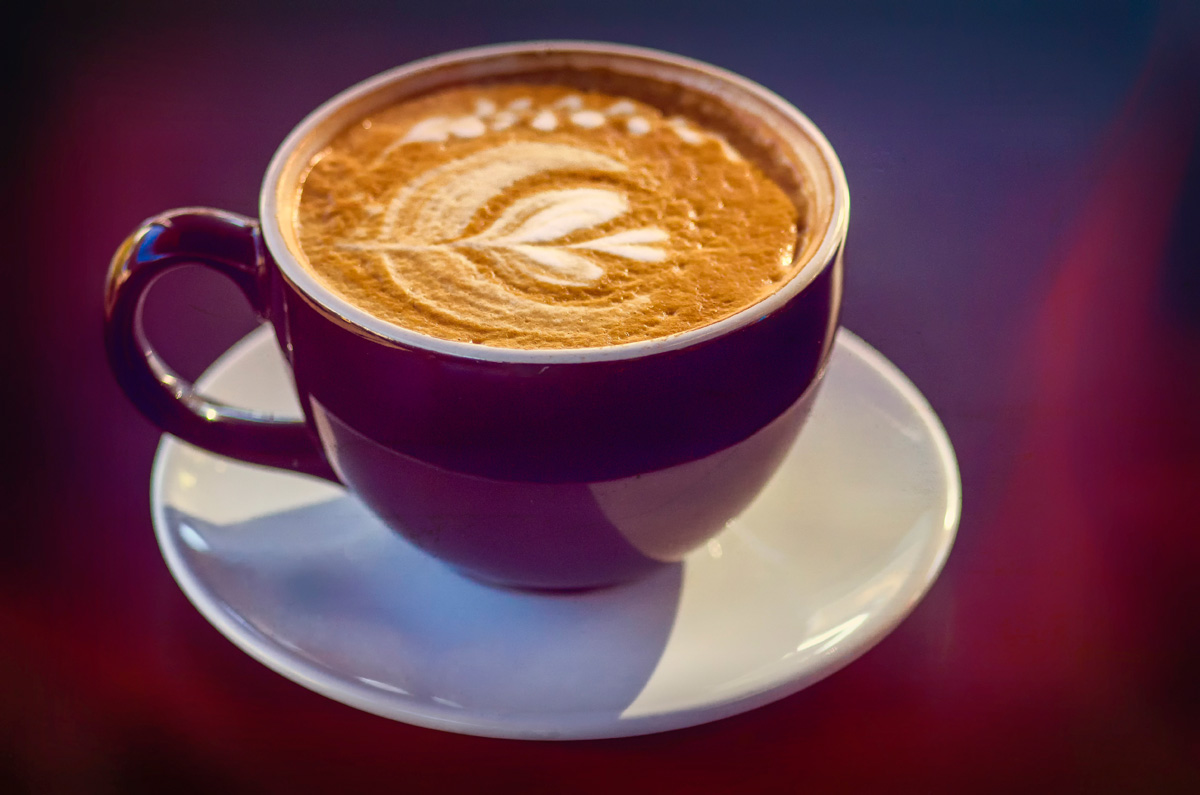 This fascinating, and perhaps even a bit hard to believe, bit of brain science is incredibly relevant for marketing as well as branding. These findings and others like them influence and inform our strategic marketing and branding work. It’s critical that our clients understand the role of the emotional unconscious in their audience’s decision-making process. It is also important that they devote some time and attention to the effects of this whole unconscious decision-making ecosystem as it pertains to their products and services. It underscores the centrality of the fundamental consumer question: “Why should I care?”

The reptilian brain first wants to know if the thing is threatening or desirable and ascertains this from what it can see, smell, taste and touch, not what it can deduct by rational means.

At the risk of oversimplification, let me make some observations here. The reptilian brain’s response to visual and other sensory stimuli—like the warmth of the cup o’ joe—suggests why body language, color, facial expressions, smell, music and all sorts of other seemingly non-critical factors and clearly non-rational factors contribute so significantly to the effectiveness of a brand or a marketing campaign.

The reptilian brain first wants to know if the thing is threatening or desirable (edible, sexually attractive). It ascertains this from what it can see, smell, taste and touch, not what it can deduct by rational means. All these evaluations occur without recourse to the rational mind.

The limbic brain then responds emotionally and asks, “Is this my friend? Can I put my trust here?”

The limbic brain then responds emotionally and asks, “Is this my friend? Can I put my trust here?” This is the essential brand level stuff that generates loyalty, as discussed in The Difference Between Marketing and Branding.

Finally, when most of this is sorted out, the rational brain creates a story to make sense of it all. How memorable that story will be is also set within the limbic system, by the amygdala, where the emotional impact of an experience determines its memorability.

Brands can be thought of as a kind of symbolic shorthand that the irrational unconscious brain uses to facilitate its decisions. This is why Coke tastes better if you know it’s Coke (read about the study), and why your marketing efforts can either make your brand stronger or not, depending on what’s actually being communicated in each and every brand encounter, but more importantly, depending on what emotional factors you are able to bring into play. The amygdala, it seems, gets to decide what you remember and what you do not, and it makes this determination based on the emotional impact of the experience.

As I have often said, your brand lives in your consumer’s mind. The power of your brand, it appears, is actually determined by its ability to activate the amygdala. What gets logged is not determined by how beautiful your logo or how snappy your tagline is, but by how much these things inspire me to care.

The power of your brand, it appears, is actually determined by its ability to activate the amygdala.

In the process of a continual series of brand encounters, how well are you able to communicate with the emotional unconscious? This process operates in your consumer’s brains separate from and in advance of any system of language. This is why design—the physical and aesthetic presentation of a brand—is so important to marketing. It’s also why experience—what I refer to as the lived experience of a brand—is absolutely fundamental. Only after these essential tests have been passed by the brand can it begin to really tell its story in words, and literally make its indelible mark on the brain.

If that story is clear and true, and able to rationalize the affinity already understood by the emotional unconscious (the reptilian and limbic brains), well, that’s brand magic.