I remember as a Midwest teenager being distressed with the commoner status my local art museum accorded cinema. When I asked one of the staff at this nationally respected institution why the museum did not have a regular film program, she responded, “Well, we are an art museum!”

The timing is ideal for museums to embrace the exhibition and preservation of both cinema and fashion.

The fact that “art” was not considered synonymous with cinema during a time (the late 1970s) when movies were still an intellectual pursuit in major areas of the world speaks volumes about the shortsightedness of many U.S. museums. The relationship between cinema and museums had not improved two decades later as I was toiling in the museum field and observing firsthand how cinema still suffered from the “Rodney Dangerfield effect” in institutions purporting to preserve and exhibit art in this country.

Documenting an event at the Met 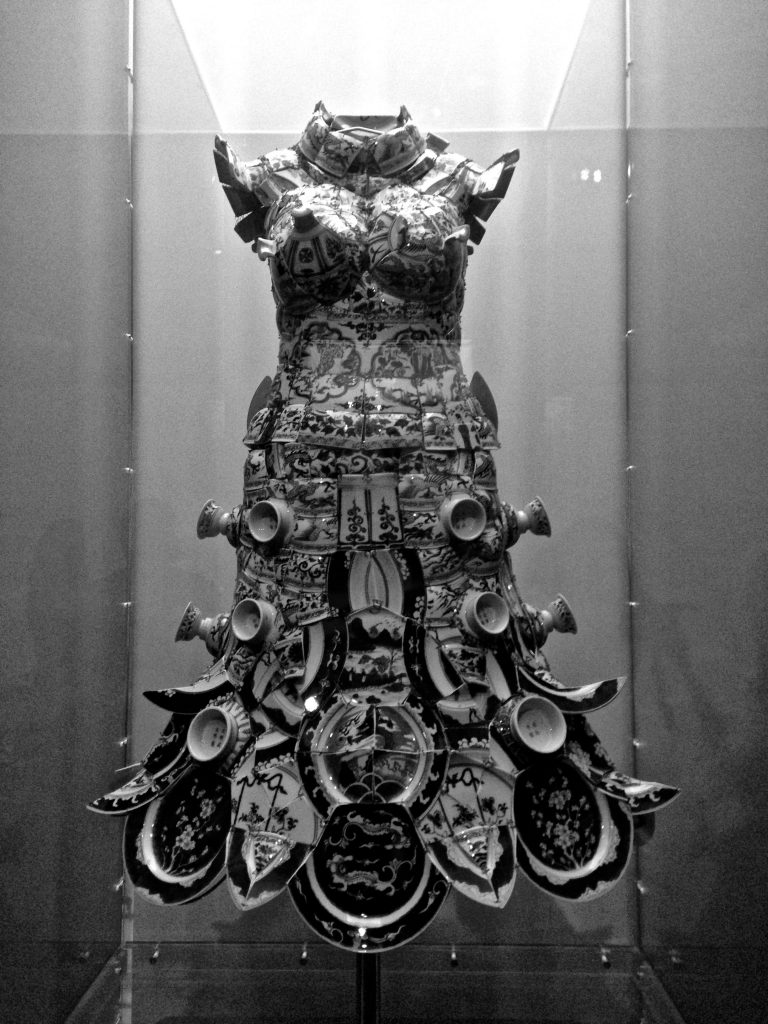 The new documentary The First Monday in May (Magnolia Pictures) effectively demonstrates how defenders of costume design have had to overcome similar obstacles with regard to museums recognizing the artistry of fashion. This 91-minute movie follows Metropolitan Museum of Art Costume Institute curator Andrew Bolton and Vogue editor-in-chief Anna Wintour as they prepare and mount the remarkable China: Through the Looking Glass exhibition that broke attendance records during its run from May 7 through August 15, 2015 at the Met. A collaboration between the Costume Institute and the Department of Asian Art, the Met exhibition demonstrated how such Chinese creations as costumes, paintings, and porcelains influenced Yves Saint Laurent, Jean Paul Gaultier, Paul Poiret, and other world-class fashion designers.

Fashion designers and their creations are just as worthy of artistic acclaim and study as painters and sculptors.

Bolton and Wintour argue correctly that fashion designers and their creations are just as worthy of artistic acclaim and study as painters and sculptors. Given the artless reputation of the profit-mad fashion industry, this argument is just as difficult to advance in U.S. cultural circles as older arguments in favor of artistic recognition of Hollywood motion pictures. But Bolton and Wintour, having proven victorious four years earlier with the Met’s Alexander McQueen: Savage Beauty exhibition, emerged triumphant once again with China: Through the Looking Glass last year. 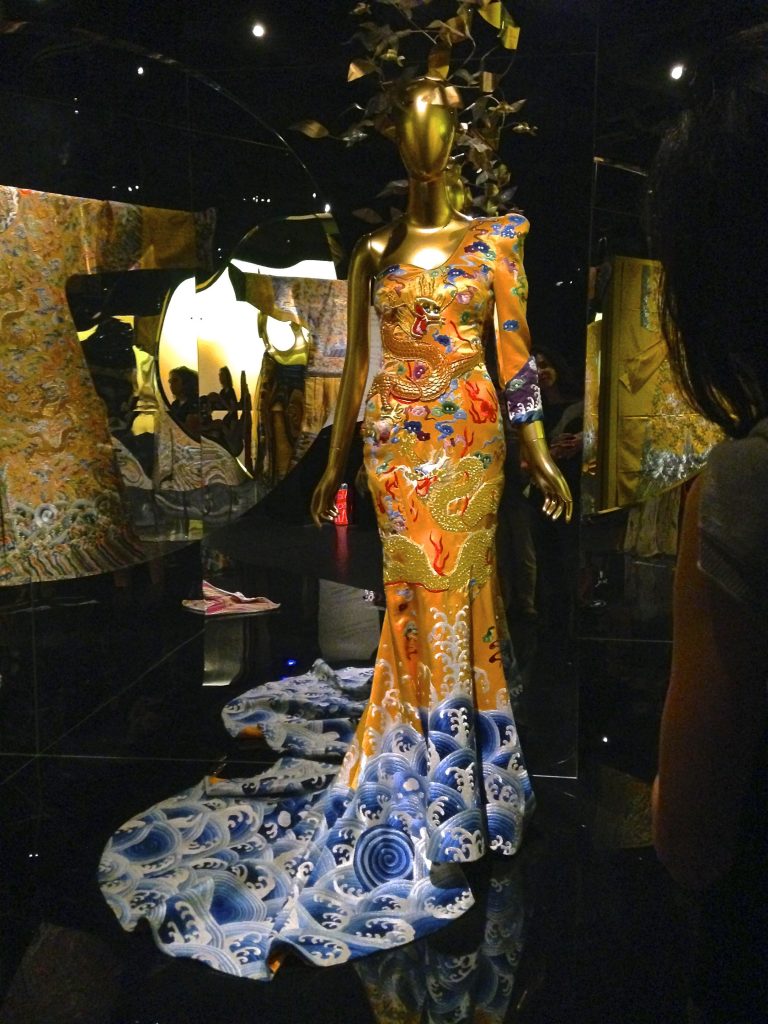 While Wintour’s celebrity-studded Met Gala that opened the exhibition unfortunately receives too much attention from The First Monday in May director Andrew Rossi, audiences are nonetheless granted rare access to the behind-the-scenes machinations of launching such a monumental museum exhibit. In the most compelling moments of the documentary, Bolton is observed in meetings with Met executives navigating administrative concerns about the artistic focus of the planned exhibition, giving us a sense of the diplomatic maneuvering museum curators require when faced with internal and external pressures.

Equally riveting is a candidly captured meeting among Bolton, Wintour, and a woman representing Chinese government interests who takes some convincing to comprehend the historical and artistic impact of China’s culture on Western fashion design.

For me, the most vindicating aspects of the documentary (and the original exhibition) were Bolton celebrating and incorporating that other neglected artistic discipline—world filmmaking—into his fashion exhibit. Here was a supreme example of two art forms generally perceived as “commoner” joining forces in a museum setting. I still remember exhibit walls projecting segments from Bernardo Bertolucci’s sumptuous The Last Emperor (1987) and Wong Kar-wai’s breathtaking Hong Kong drama In the Mood for Love (2000), as well as works of legendary screen siren Anna May Wong. It was stirring evidence in favor of museum leadership opening their minds to aspects of world culture (fashion and film) hitherto deemed unworthy of serious curatorial study and celebration, at least in the United States. 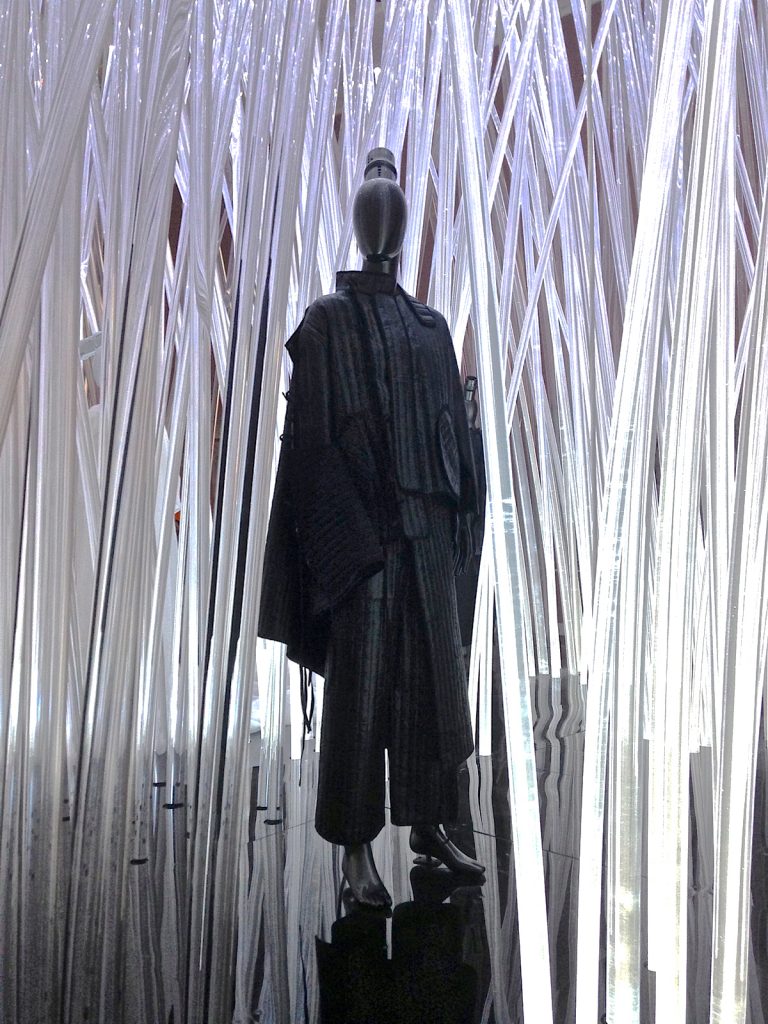 In The First Monday in May, Bolton and Wintour go so far as to consult with filmmaker Wong Kar-wai, whose masterful cinematic applications of color, fashion, and design influenced Bolton. Wong is present throughout the planning process and accompanies Bolton during a dramatic visit to Beijing where negotiations are to be made with the Chinese government. This association between non-film curator and filmmaker is a refreshing and long overdue coalition rarely, if ever, enacted for a museum exhibit not directly related to cinema.

Fashion design is ancient, and the origins of that Seventh Art known as the cinema date back at least to the 1890s. In other words, U.S. museums are long overdue to recognize these vital forms of artistic expression. As both the fashion and motion picture industries push and gravitate toward cost-cutting methods of production that will inevitably lead to a lowering of fashion design and filmmaking quality, the timing is ideal for museums to embrace the exhibition and preservation of these disciplines.

Increased recognition of fashion and film from U.S. museums will not only enable these institutions to remain relevant to new generations but also ensure that certain designers and visionaries affiliated with such “commoner” aspects of commerce are recognized as the artists they truly are. 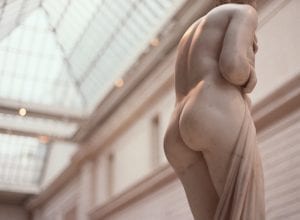 Culture
Brand Consulting: New Logo for the Met
By James Heaton / Jun 24, 2015
The Metropolitan Museum of Art in New York City, commonly referred to as "the Met," hired a brand consultant and apparently he/she recommended that they call themselves "Met" without the article—no "the."
read more → 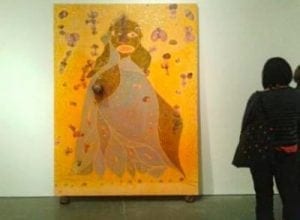 What Are Museums for?: Chris Ofili at the New Museum
By Elizabeth Skolnick / Mar 05, 2015
What are museums for? Are they envelope pushers? Receptacles for beautiful art? Legitimizers for criminals or perverts?
read more →