Do you remember Anna, Ikea USA’s retired Automated Online Assistant? While I didn’t fully appreciate her robot answers on the Ikea website, I found myself wishing for something like Anna instead of a real person after a particularly frustrating experience with another company’s chat feature.

I had a conversation that lasted over half an hour about one simple question: How do I opt out of auto-renewal so that I am not automatically subscribed for a new year?

This was not my first time chatting with the company and though I didn’t have a great experience in the past (I discussed a billing issue at length with a representative and was sent at least three emails confirming the resolution only to be billed incorrectly just the same), I figured it was a fluke. In the end, my case—a basic question about my subscription—was escalated to a senior representative who I was told I would hear back from within three to four days. I heard nothing until over a week later when I received an email that said my case was resolved with a brief explanation, which is all that my question required from the beginning.

This wasn’t some shady site I was dealing with but a company with a global customer base.

I had signed up for what I thought was a monthly subscription that could be canceled at any time but found out it was an annual contract and that I’d have to pay half of the remaining annual contract to cancel. Their subscription information seemed ambiguous and opaque, almost like they were intent on misleading people, but that was incongruous with what I knew of the company; this wasn’t some shady site I was dealing with but a huge company with a global customer base. So as odd as it was that they would bury important details, I acknowledged that it was my fault for not combing the fine print and interpreting it correctly. 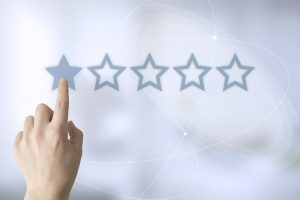 But after this bizarre last chat, I did a quick web search for customer support reviews for the company and was both surprised and reassured to find that the top hits were for 1-star reviews from customers, many of whom had the same experience of feeling like they were banging their heads against the wall over a simple inquiry or felt duped over a seemingly predatory approach to keeping customers. I wondered why this company I had initially and automatically trusted would treat their customers in such a way, tarnishing their brand, not to mention aggravating their customers.

Too big to bother

Maybe the company just doesn’t care because the customers will choose the industry standard anyway, given that there are no real competitors. I learned that there are alternatives like GIMP but it doesn’t yet seem like a viable alternative to everything that Photoshop can do.

Yes, I am talking about Adobe. The Adobe that owns not only Photoshop but also Illustrator, After Effects, and Premiere Pro, among other software programs—practically a necessity for people in the creative industry.

Just because it has a monopoly on the industry now doesn’t mean its place is secure for the future.

Not being a professional digital artist, I only use the programs as needed in my own projects but I’ve gotten pretty familiar with a few of them through classes I took for self-enrichment. And I never questioned their primacy—in fact, I was puzzled over my digital illustration instructor’s use of Corel’s Painter over Photoshop—but now I’m trying to find out what alternatives exist and how I can break free from the tightening clutch of Adobe in the coming years. The fact that you can’t pay to own software anymore with the Creative Cloud subscription, having to forever rent the programs—with terrible customer service to boot—coupled with the realization that Adobe intends to exploit customers for more profit since they can (see price-gouging in Australia), seem to point to arbitrary fee hikes in the future that users will have no choice but to agree to.

Just because it has a monopoly on the industry now doesn’t mean its place is secure for the future. There are monopolies that have fallen to competition, including Quark; though it was before my time, I heard it once had the creative industry in its grip. There is also Emery … If you’re thinking, “Who?” it was an overnight courier that once dominated its industry, before it was overtaken by FedEx.

It boggles my mind that a multi-billion dollar company wouldn’t invest what would be a drop in the bucket toward customer goodwill, which would only help to ensure and elongate the success of their brand in the long run. While I don’t expect a change of heart, I expect viable competitors to spring up in the years to come and perhaps even overtake the current giant (or “monster,” according to my illustration instructor). Then maybe Adobe will rethink their customer service strategy, if they have one, and treat their customers kindly or at least professionally. It’s ironic that they call their customer service team Adobe Customer Care.

It boggles my mind that a multi-billion dollar company wouldn’t invest what would be a drop in the bucket toward customer goodwill.

And to think, I’d still be one of the unknowing, satisfied customers if I hadn’t interacted with Adobe Customer Care, the thread that began the process of unspooling a previously favorable brand story in my mind … Not only was it a jarring experience that made me not want to use their services, my encounter changed the way I view Adobe because it ran completely counter to the way I perceived them. If they do have Core Values that pertain to serving their customers, they are doing a poor job of ensuring they reach the frontlines, from the headquarters in San Jose all the way to their representatives abroad, the literal voice of Adobe. But it doesn’t seem like an issue of organizational alignment from the articles I found online: it appears to be corporate greed and a sense of invincibility.

I wish I could say I’m through with Creative Cloud and moving on to some other platform immediately, but alas, that’s just not feasible at the moment. Plus, I’m locked into a year membership for Premiere Pro that I have to pay for either way!

I want to wean myself off Adobe products because, as the Department of Art at the University of Buffalo stated on Recommendations to Students Regarding Creative Cloud, “as digital technologies continue to evolve, design learning should not be focused on any given brand, but on the techniques and processes that allow for the expression of critical thought.” But I admit that it’s mainly for a petty reason: because my experience with Adobe Customer Care made me rather dislike them. 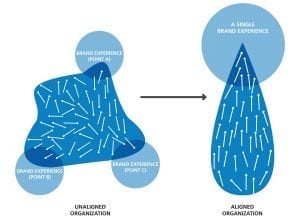 On Organizational Alignment
By Tronvig Group / Feb 03, 2017
Organizational alignment allows you to complete the loop from marketing communications and your brand promise all the way through to the lived experience of your consumers.
read more →

Mind the Communication Gap: Culture & Organizational Health
By Joyce Kwon / Sep 23, 2016
Are cultural practices impeding your organization's health? Are you mindful of any communication gaps that may exist?
read more → 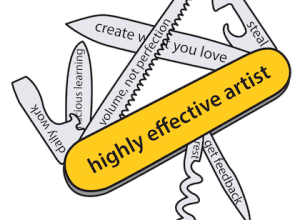 The 7 Habits of Highly Effective Artists
By Joyce Kwon / Apr 25, 2017
I’d like to discuss creativity with the 7 habits of highly effective artists outlined by Australian 3D artist Andrew Price as the springboard. Here are my thoughts and tangents on each point—a sort of supplement to the talk, if you will.
read more → 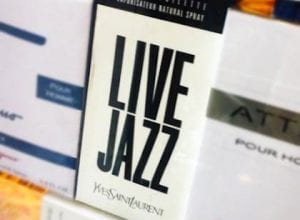 360 Branding
Jazz in Marketing (La La Land and the Brand of Jazz)
By Joyce Kwon / Jan 30, 2017
Why are marketers and advertisers keen to slap the word "jazz" on unrelated things from movies like La La Land to cologne and fruit? Let's examine the use of jazz in marketing.
read more → 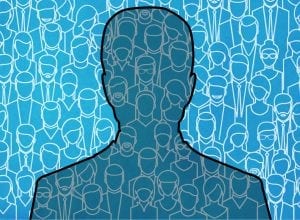 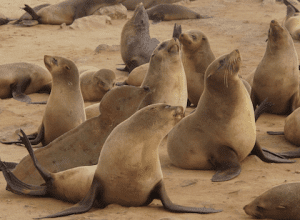 Advertising & Marketing
On Rigor and Creative Block
By Joyce Kwon / Apr 20, 2017
What do you do when a client asks you to recreate the brilliance of a campaign you came up with years ago? That’s a lot of pressure. Illustrator Christoph Niemann cites Chuck Close saying it's about showing up and “enabling the chance for something to happen.” In other words, us professionals don’t need to count on dumb luck. What a relief.
read more →