Blog>Museums>What Is the Downside of Free?
Museums

What Is the Downside of Free?

Are you a free institution?

If you are a free institution you have both a blessing and a curse. 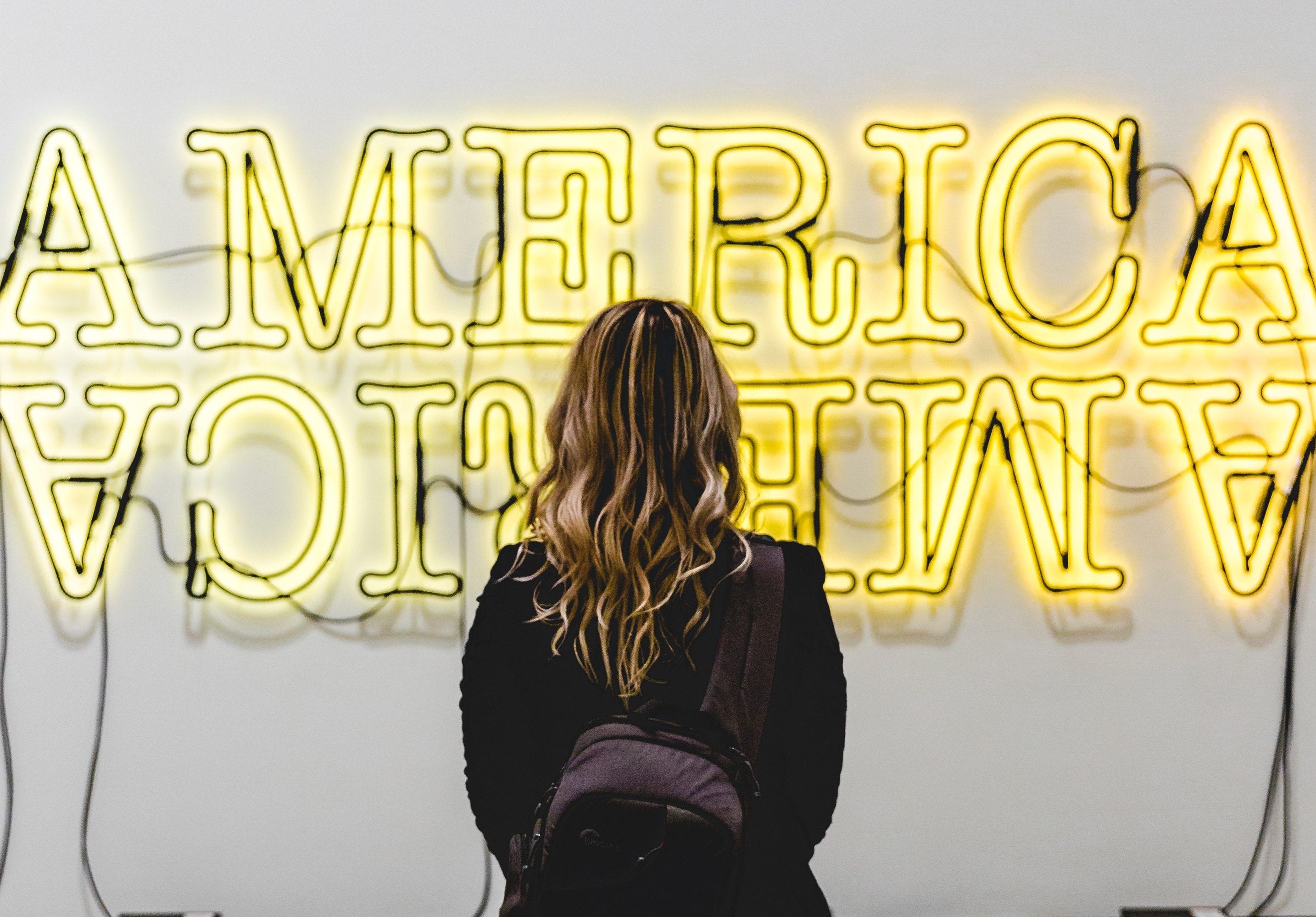 The blessing part is easy to understand—less barrier to entry. (Notice that I do not say “no barrier to entry” because there are always other barriers aside from just an admissions fee.) No need to deal with gates, ticket sales and lines. Increased attendance affording greater access to your unique offer, and so on. The benefits are many.

Let’s look at the curse part.

In addition to increasing accessibility, free can also inhibit action.

Because you are free there is no transactional debt or obligation created in the decision to go. It may be a bit counterintuitive, but in addition to increasing accessibility, free can also inhibit action. Because there is less effort required in planning to go there is less consequence in changing that plan. Potential visitors can stay in a kind of commitment limbo longer. A feeling of “I can always do that” can accompany the absence of admission. This is exacerbated if there is a static or seemingly static product offer. If I think that you will always be there, and always be great, then I don’t really have to go now. There will always be another time. “I’ll do it then.”
Then may never come.

Scarcity is your friend. This is because there is deep emotional programming in us that causes us to take action when we sense scarcity. It is difficult to take advantage of, however, if you are always free and especially if you are free and consistent.

Scarcity is the driver that makes us run to the supermarket the day before the big storm. It’s why there are always the biggest crowds at the end of a long-running exhibition. Soon it will be no more. It has acquired scarcity and the mind reacts.

Scarcity is the driver that makes us run to the supermarket the day before the big storm.

I will always remember an ad I saw on TV from Disney that played in the late 1990s. It leveraged scarcity in a highly effective if somewhat duplicitous manner. The ad was for Snow White or one of the other animated Disney classics. The pitch line in the ad was this: This is the last time Disney will ever offer these titles on video. I remember feeling the pull of those ads. My kids were still babies, but I felt the need to get this video while I still could. It was only with great effort that I did nothing and when thinking about the ads later I realized what they were doing. They were selling them as VHS tapes and promising that they would never be offered again on video. DVD technology was just emerging at that point. It was not yet standard, but the writing was on the wall. Disney was going to offer Snow White on the next technology, but never again on VHS. Ha. Cynical but effective. I wonder how many copies of that VHS are sitting now in old boxes at garage sales, their scarcity now fully spent in the incessant march and shuffle of technology.

The other issue with free is the way we calculate value. We do place a higher value on what we pay for. In fact there is fascinating research showing that the more we pay for something the more we like it. This is the result of something one might call our mental efficiency. We generally don’t have time or energy to actually assess the true value of things so instead we use various kinds of shorthand methods to give us just enough information to make a decision.

One of the easiest metrics to assess relative value is price.

One of the easiest metrics to assess relative value is price. The connection between value and price is hard to decouple. Is the meal at the $250 dollar restaurant 5 times better than the meal at the $50 restaurant? Probably not, but is our real experience better when spending $250 instead of $50? For most people the answer is yes. So what do we make of the offer that’s free? How do we compare it to other offers that are not? Making this comparison requires extra mental energy, which is something our brain would actually rather avoid. So it’s easier to just assume the paid or expensive experience is going to be better.

There is one more challenge. This is complicated and there are many factors pulling in different directions, but there is something I would call a modality challenge. If you are already in the mode of financial transaction, additional such transactions come naturally. Pay for one ride and you expect to pay for the next. You are placed in a mode of paying. Compare this to a situation where the base practice is free and if suddenly there is a charge, it comes as a mode shift.

We pay less attention to the value of the benefit when it has not been translated for us into a standard medium of exchange such as money.

I experienced this recently at an art museum in a city with many other museums that charged admission. In this museum next to the information desk there was a donation box. It was kind of sad how little money it attracted. So even though you might hope that because the exchange of value is clearly in favor of the recipient when admission is free and certainly the recipients of this value could be expected to have money left to spend, asking for donations or another investment when the established mode is free is still harder than you would expect. It seems that we pay less attention to the value of the benefit when it has not been translated for us into a standard medium of exchange such as money. We miscalculate or simply do not bother to calculate the value of the benefits we have or are about to enjoy.

I am not here trying to discourage the effort to make any institution free. I am a great fan of free institutions. My only intent is to articulate some of the unintended effects that free admission has on the behavior of the beneficiaries of this laudable practice. 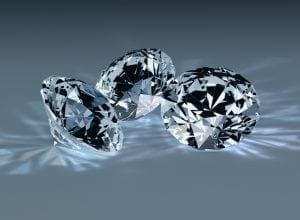 Advertising
Advertising in the Facebook Age: Bronx Museum Free Campaign
by James Heaton / Mar 29, 2012
We launched the Free advertising campaign for the Bronx Museum as they announced to the world, and particularly to the Bronx, that they would go free to the public. Museum advertising often speaks primarily to the converted. This was an attempt to start up a conversation with museum virgins.
read more →

Museums
What I Learned at Museum Camp
by James Heaton / Aug 05, 2014
I flew out to California for Museum Camp last week on the power of a hunch—If Nina Simon was doing it, then I would learn a lot. That was a pretty good hunch.
read more →

Museums
Millennials and Museums: Oil and Water?
by Elizabeth Skolnick / Aug 25, 2014
What chance does the museum world have with millennials? Are millennials and museums really oil and water? Let's hear the story from the horse's mouth.
read more →

Museums
Marketing of the Bronx Museum
by James Heaton / May 15, 2013
Museums exist in particular places. The Bronx Museum exists in the South Bronx; it's a contemporary art museum located right in the middle of the poorest community in the continental United States, a community that could not be more distant from the stereotype of the whitewall, high art tradition underpinning much of the aesthetics and behaviors that permeate the world of contemporary art.
read more → 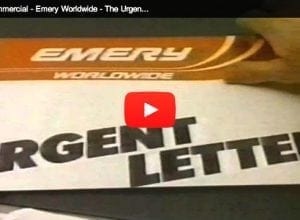 Marketing
When FedEx Slew the Giant: Sell Value Not Price
by James Heaton / Sep 23, 2013
When you think overnight courier, what comes to mind? I'm guessing FedEx is probably at the top of the list. This was not always the case.

Let me take you back to the moment when a budding company called Federal Express slew the Goliath of its industry—Emery. Let's take a look at what happened and what you should learn from Emery's horrible death.
read more →

Advertising
“She Who Tells a Story” at National Museum of Women in the Arts
by James Heaton / Apr 28, 2016
While the popularity of She Who Tells a Story is undoubtedly affected by the curiosity and national climate of oversimplification and stereotyping that surrounds the Arab world and Iran, the real engine for attendance is the quality of the exhibition itself. (Also, we're proud of our advertising campaign.)
read more →