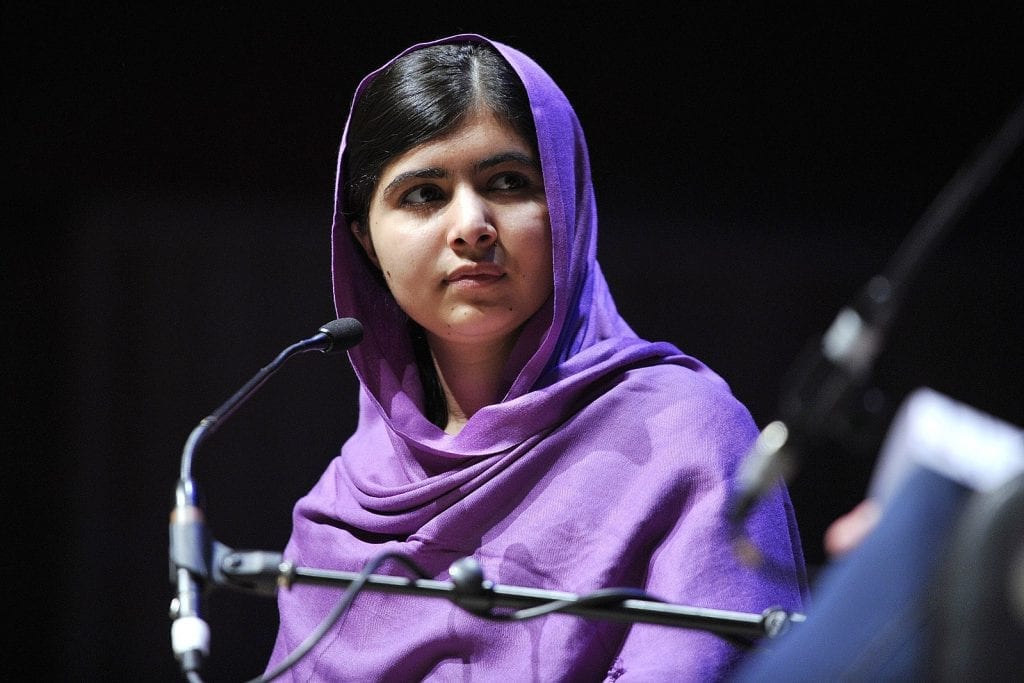 The Nobel Peace Prize is tricky. I must say I do not envy those who have to decide on the recipient for such an award. Is it really even an award, or more of an incitement to do better?

The Nobel Committee saw fit to give the 2009 Prize to Barack Obama, who has since become a kind of poster child for drone strikes around the world (including Pakistan wherefrom hails one of this year’s recipients). The Prize was also awarded to Henry Kissinger in 1973, causing Tom Lehrer to give up his astute political satire career because, as he described it, this event had “made political satire obsolete.” (On the subject of satire, see Last Week Tonight with John Oliver’s scathing piece on drones.)

Is it really even an award, or more of an incitement to do better?

In the interest of hope, though, we really must keep working to do better. I have to believe that the Nobel Peace Prize remains something that has meaning as well as the potential for good.

At our weekly internal development meeting—during which we usually devote our time to finding ways to help our clients make the world better, and more specifically, on how our process and methods can be improved—we somehow got to a discussion of the general prospects for humanity, and on a whim I reintroduced the video below as a point of departure for our discussion. While mesmerizing, its effect is ultimately depressing for the sheer scope and longevity of the activity it describes. It is a kind of testament to hubris, muscle-flexing, waste, stupidity, and also, of course, science. It’s a proof of humanity’s lust for this, that, and the other thing pushing us away from peace. It genuinely raises the question of our ability to survive. And yet we have. It almost forces a kind of pessimism, but not completely.

Here is this prize for peace. This shot in the dark, this will to a better world thrashing in a vast behavioral sea of opposition. Such action does occasionally shine a light where I could no longer see any.

As I heard on Wednesday morning about the Nobel Prize in Physics being awarded to a trio of Japanese-born scientists for their work in developing the blue LED light, my first reaction was “Huh?” And then I saw the explanation: “The LED lamp holds great promise for increasing the quality of life for over 1.5 billion people around the world who lack access to electricity grids: due to low power requirements it can be powered by cheap local solar power.” It’s an example of a technological solution to one of our many ills. It’s a lifeline to the optimist buried under a calloused surface of seemingly inevitable disappointment.

The Prize works for me as a symbol of the hope, the seldom kindled hope, that we humans can do better.

Thinking about this, my mind moved on to the question of the Nobel Peace Prize that was yet to be announced. “Who could they choose?” I thought. As I considered the possibilities, the landscape I conjured—stretching out all the way to the horizon—was bleak. I wondered if the committee would just take their prize and go home (which they have done on a number of occasions in the past). So, as I heard the winners of the 2014 Nobel Peace Prize announced on the radio this morning, I was struck by the hope that is packed into this Prize. Malala Yousafzai is from Taliban-infiltrated parts of Pakistan and the same age as my own daughter. She is the youngest recipient in the history of the Prize, and her counterpart is Kailash Satyarthi from India, Pakistan’s greatest rival. United by a passion to secure the rights of children so that they will not be exploited or kept in ignorance, this Prize works for me as a symbol of the hope, the seldom kindled hope, that we humans can do better.

The video I should have trundled out to end our session earlier this week is this one, and I will end this post with it now in compensation for my oversight. It’s a version of Carl Sagan‘s wonderful riff on the Pale Blue Dot. The photograph he asked to be taken from Voyager 1 in 1990.

Thank you Norwegian Nobel Committee for this year’s action toward hope in the face of what seem rather terrible odds.

Photo of Malala Yousafzai in 2014 by Southbank Centre

What Does Workplace Empathy Look Like During COVID-19?
By Noelia Hobeika / May 26, 2020
Empathy has become a management buzzword, but having facilitated its implementation and witnessed its power firsthand, we strongly advocate for its widespread adoption, and even more so in light of COVID-19. When elevated to a core value, empathy has the power to shape individual and team behaviors, improving workplace morale and overall well-being.
read more →

Blog
“She Who Tells a Story” at National Museum of Women in the Arts
By James Heaton / Apr 28, 2016
While the popularity of She Who Tells a Story is undoubtedly affected by the curiosity and national climate of oversimplification and stereotyping that surrounds the Arab world and Iran, the real engine for attendance is the quality of the exhibition itself. (Also, we're proud of our advertising campaign.)
read more →