Life and Pecans: Why Truth Matters

Last weekend I was reading the Sunday Times and snacking. I was looking at the paper and not my food, which was pecans from a glass jar. As I arrived at the bottom of the jar, I looked down and noticed little cobwebs all around the edges of the glass. Most of the remaining pecans had clearly been munched on already, and not by me. On closer inspection, I could see that between the ridges of most of the pecans there were little grain-moth pupae resting peaceably in their tight little cocoons. Nice, I thought—that probably makes a whole protein. I also gagged a bit.

The pecans had clearly been munched on already, and not by me.

But as I contemplated my situation, I set my stomach to rest with recollections of termites I had eaten as part of a meal in northeastern Thailand, and also a big brown spider I once found half of in my curry there. I remember complaining to the waiter at this not-so-inexpensive restaurant. He inspected my find. “It’s a spider!” he said with a happy laugh. “That’s not a bad bug, like a cockroach.” I can’t remember for certain, but he may have also said, “You should finish it.”

How does this relate to branding?

If you were a kid in the ’70s you’ll remember the following dialogue. It was a great piece of TV advertising created in 1971 by Doyle, Dane & Bernbach. It got saturation airplay during Saturday mornings throughout the ’70s.

I saw the ads. My mom bought the cereal. I liked it. The experience of eating Life cereal met the expectation raised by the commercials. It was good, and if you read the box, it did seem that it was good for you. I was a satisfied consumer and a brand convert. I had been won by savvy advertising and careful brand messaging.

I had been won by savvy advertising and careful brand messaging.

Then, one morning in the early ’80s, when I was a teenager and the campaign was still running, I was particularly hungry and poured myself a huge bowl of the stuff. As I ate, I read the box. It had lots of interesting stuff written on it. When I was nearly finished, I looked down into my bowl, now mostly milk. It was swarming with little brown bugs. They seemed to be swimming little somersaults in the milk, coming in and out of view at the surface.

Brands are personal. They do not live in and cannot ultimately be controlled by the corporate brand managers or corporate planning offices. No matter how well executed a brand strategy, the brand really lives in the mind of the brand consumer. This may be the employees of the company, or the purchasers of a product, or anyone else who interacts with the brand. In the case of me at age twelve, I had seen some compelling advertising and been converted. But on the day of the bugs, I threw out my bowl of milk and my box of cereal, and to this day I have not tasted another square of Life cereal.

No matter how well executed a brand strategy, the brand really lives in the mind of the brand consumer.

OK, understandable. But here’s the interesting part—I’ve already started eating pecans again, after only a few days. This is the difference between a truly honest pitch (pecans actually are tasty AND good for you) and what is essentially a marketing strategy. Life cereal has enough sugar in it to be tasty, and it has been fortified with vitamins and iron, but it is not good for you in any fundamental way, so there’s nothing that would require you to get past an experience with bugs in the box—let bygones be bygones, admit it wasn’t really the manufacturer’s fault anyway. The brand trust I had established with Life cereal was superficial, and could, therefore, be obliterated forever by a relatively minor incident. If the Life brand had been based on some essential truth, it should have withstood the test of the bugs, but in the end, the brand was based on marketing and a bit of exaggeration. And so it was, for me at sixteen, deposed as a trustworthy brand.

“I am a tasty and healthy food and snack” is not driven by marketing. It is 100% true.

The other brand in this story—the pecan (Is there a Pecan Ad Council? It turns out there is.)—is interesting because of its brand message: “I am a tasty and healthy food and snack” is not driven by marketing. It is 100% true. It has staying power even though (I assume) almost no money has ever been spent promoting its virtues. Neither are essential foodstuffs. Both have lots of viable alternatives for your loyalty and trust. But for me, pecans are very resistant to the damage caused by the bug test, even with no marketing budget, as compared to the untold millions that have supported the creation of consumer demand for Life cereal.

This is to my mind an extremely good illustration of what good branding does as opposed to what advertising typically does, and why branding based on the truth can be so much more effective with so much less money. Good branding involves understanding the truth of a product or service and finding the best ways to communicate this to those naturally receptive to hearing it. What Doyle, Dane & Bernbach did so brilliantly and effectively was something ad agencies generally do very well—exaggerate/extend/develop an effective and well-targeted marketing platform out of something that is … let’s say … not obviously false.

Good branding involves understanding the truth of a product or service and finding the best ways to communicate this to those naturally receptive to hearing it.

I think my Life cereal experience is analogous to what any brand consumer goes through when they have been given a pitch that is only half true. If a brand says that it is one thing and it delivers something else, particularly something inferior, the consumer can be lost to that brand forever. If, however, the brand makes an honest pitch and then fails in some way, as did my pecans, the brand can recover much more easily. Pecans remain a healthy and tasty snack. Temporary failings do little lasting harm to such a brand because the truth continues to shine through. This is, for me, one hallmark of a strong brand—it is built on a foundation that is its essence, and this is borne out in the consumer’s lived experience of that brand.

Branding
BP Brand Lesson: When Brands Lie
by James Heaton / May 27, 2010
Much has been written and commented about the ongoing BP disaster in the Gulf of Mexico. This story most certainly has a brand lesson. I wonder if the big companies and the agencies that market them are paying attention?
read more → 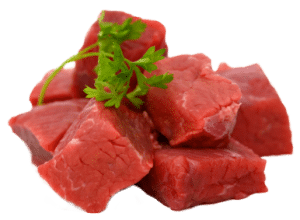 Branding
The Beef Brand
by James Heaton / Dec 09, 2015
Beef has come to be interpreted not just as meat from a cow but rather as the more generic and simplified meat; "If he does not eat beef, he must be a vegetarian." These two brands are differentiated enough and simple enough to make it easy to move between them, A to B. Where does your brand fall on this scheme?
read more → 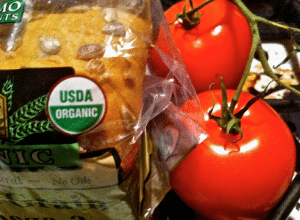 Marketing
Marketing, Half-Truths, and Usda Organic (a Follow-up to “Tell Them the Truth”)
by Elizabeth Skolnick / Dec 23, 2014
Examining the trend of marketing half-truths to the consumer. The USDA's Organic labeling provokes the question: Has the government jumped on this bandwagon?
read more → 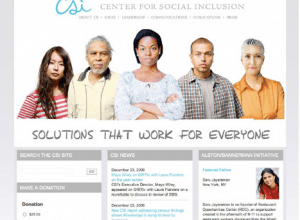 Branding
Brand Truth
by James Heaton / Sep 20, 2010
Our statement about brand truth—”We prefer truth. It gets you farther faster and holds tremendous power.“—was recently criticized on Twitter for being “grand and presumptuous.” My first reaction to this criticism was humor: “We just like it better than the alternative, and it’s a lot easier to keep track …”
read more →

Branding
Brand Strategy Basics
by James Heaton / Apr 07, 2014
Brand strategy gives McDonald's a 27 billion dollar advantage over Burger King. It's important that you understand how this happened, and how it applies to your organization.
read more → 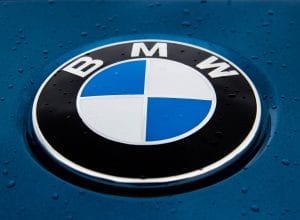 Branding
Brand Power and Its Limits
by James Heaton / May 30, 2014
"Products are made in the factory, but brands are created in the mind." —Walter Landor
read more → 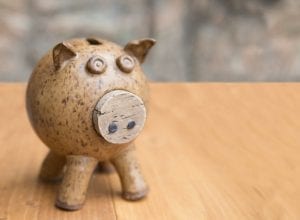 Branding
Branding and Sales: a Bank Brand Story
by James Heaton / Nov 14, 2014
What happens when you attempt to take over a brand space that is already occupied by a strong competitor?
read more → 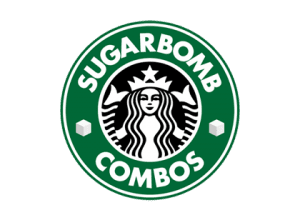 Branding
Honesty in Logos
by James Heaton / Jan 10, 2012
"What if company logos were honest" is a very funny blog post featuring the work of the artist and designer Viktor Hertz. It kind of gets you thinking though. I talk a lot about truth and why it matters for a brand. And yet look at all these great brands. They are jokingly being shown at odds with the reality of what they actually deliver.

I think this situation shows, among other things, that a brand is NOT just a logo. But at the same time, it points out how our brand associations really are not rational.
read more →

Branding
What Does Mr. Clean Have to Do With Tronvig?
by Tronvig Group / Feb 09, 2016
Tronvig President James Heaton was quoted in AdWeek earlier this week giving his thoughts on the 50+ year old Procter & Gamble cleaning brand Mr. Clean.
read more → 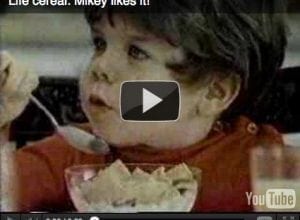 Branding
Life and Pecans: Why Truth Matters
by James Heaton / Mar 24, 2010
Last weekend I was reading the Sunday Times and snacking. I was looking at the paper and not my food, which was pecans from a glass jar. As I arrived at the bottom of the jar, I looked down and noticed little cobwebs all around the edges of the glass. Most of the remaining pecans had clearly been munched on already, and not by me.
read more →

Our Thinking
Brand Strategy
Apr 05, 2018
Last weekend I was reading the Sunday Times and snacking. I was looking at the paper and not my food, which was pecans from a glass jar. As I arrived at the bottom of the jar, I looked down and noticed little cobwebs all around the edges of the glass. Most of the remaining pecans had clearly been munched on already, and not by me.
read more →