Blog>Nonprofits>The Power of Titles: Being an Executive Director versus CEO in the Nonprofit Sector
Nonprofits

The Power of Titles: Being an Executive Director versus CEO in the Nonprofit Sector

What’s in a name? Leaders in nonprofit organizations are expected to hold labels that reflect their authority and responsibility, but with a handful of terms to choose from, how much weight does a particular title really hold? Specifically, what is the significance of being Executive Director versus CEO? 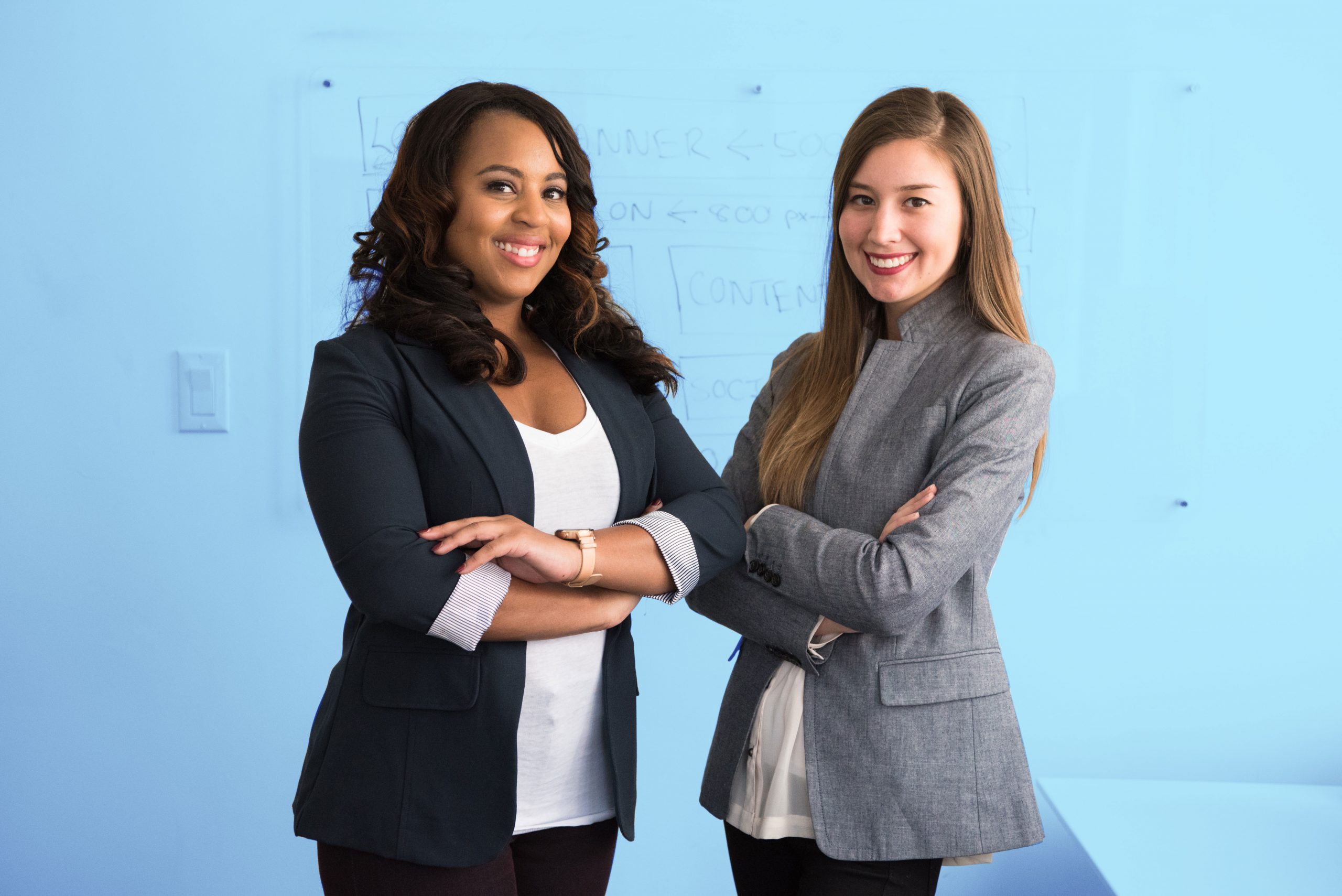 Both refer to the highest-ranking executive of an organization or corporation, holding many of the same responsibilities. An observable difference, however, is that the title “Executive Director” is most commonly used in nonprofit organizations, while CEO is a well-known term for the head of a for-profit company.

It is not uncommon for the two titles to be referred to as equivalents in different sectors. “An Executive Director is the nonprofit version of a CEO and vice versa,” is a frequent explanation. This is not necessarily true, of course, as plenty of nonprofit leaders go by the title of CEO.

That is where much of the confusion lies. What exactly is the difference between an Executive Director and a CEO? And why would a nonprofit choose to have one over the other?

Breaking down the roles: Executive Director versus CEO

As mentioned, the titles of Executive Director and CEO both usually go to the team member that holds the highest-ranking position in a nonprofit organization. Overseen by a Board of Directors, they both are responsible for staffing decisions, planning, and key decisions regarding how to carry forward the organization’s mission.

One of the biggest distinctions between an Executive Director and CEO is the size of the organization that they head.

When you consider the hierarchy of most top-level management (CEO > C-Suite > VPs > Directors > Managers > Individual Contributors), the title change makes sense. Smaller organizations have fewer team members or volunteers, meaning a steep hierarchy is rare. Because Executive Directors are “closer” to the lower-level operations, they also tend to be more connected with the day-to-day workings of an organization.

Contrarily, as a nonprofit gets bigger, it may need more top-level management positions to handle the growth in team members, operations, and resources. Expanding the hierarchy to have a CEO at the top would allow for this expansion. As such, compared to an Executive Director, a CEO is typically less hands-on operationally and focuses more on strategic decisions.

This effect can also be brought on by the culture and involvement of the Board of Directors. According to Scion Staffing, “the more strategic and visionary the needs of the role are, the more likely the role will be named as a nonprofit CEO.” If the Board is already setting the “full mission, vision, values, and strategy” though, then the title of Executive Director may better reflect the role’s focus on how to carry out the strategy.

What are the benefits of each title? It’s mostly about perception.

As an industry norm, most nonprofits start out having an Executive Director, with the title sometimes changing over time as the organization grows in revenue and team size. But the expansion of the managerial hierarchy is not the only reason to switch to having a CEO. There is a benefit to the title that has less to do with the responsibilities of the role itself and more to do with the reputation of a “CEO.”

Though there isn’t a drastic difference in responsibilities, the title of CEO does come with greater perceived clout. The CEO is the public face of an organization and, with that, comes added pressure, including being seen as the main person responsible for organizational failures and successes.

The title of CEO comes with greater perceived clout than the title of Executive Director, which may allow for more leverage in external dealings.

Still, there is power in perception. The added significance of the title allows CEOs to have more leverage in external dealings, such as aiding in strategic partnerships or fundraising efforts. A nonprofit with a CEO may be perceived to be more established or organized, for example, just because it is led by someone with a “higher-ranking” title. This view can be used to the organization’s advantage.

On the flip side, Executive Directors can enjoy relatively greater privacy and less pressure from their title. In some instances, an Executive Director may not even want the “upgrade in status” that comes with being a CEO. It may be better for them to be more hands-on with operations or to focus on execution rather than developing the vision of the organization. Having a leader that is closer to the rest of the organization’s team members can also promote a more egalitarian and clan-like organizational culture.

Ultimately, neither title is objectively better than the other. Nonprofits should assess their unique situation to determine whether the organization should be headed by an Executive Director versus a CEO. The size of the organization is a factor but, with no set standard for categorizing a nonprofit’s size, the decision is ultimately a subjective one. 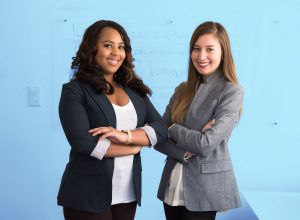 The Power of Titles: Being an Executive Director versus CEO in the Nonprofit Sector
By Therese Nguyen / Jul 22, 2021
What’s in a name? Leaders in nonprofit organizations are expected to hold labels that reflect their authority and responsibility, but with a handful of terms to choose from, how much weight does a particular title really hold? Specifically, what is the significance of being Executive Director versus CEO?
read more →

The Farmyard: Decision-making in Large Organizations
By James Heaton / Apr 06, 2015
If you are like most institutions the pressure to capitulate to the requests of powerful factions within your organization is likely very real.
read more →

Culture Eats Strategy for What?
By James Heaton / Oct 26, 2016
Does culture eat strategy for lunch? Not really. But will a misaligned culture eat up your strategic efforts? Probably. Does it make sense to pay careful attention to an organization's culture and not just its business strategy? Absolutely!
read more →

You Should Be Paying More Attention to Internal Branding
By James Heaton / May 12, 2017
Most think of brands in terms of how they influence the customer—those outside of the company or organization—but a brand must function internally as well. Brands play an important role in attracting top employees and retaining them over time. We advise you not to make the mistake of neglecting this crucial audience.
read more →

Mind the Communication Gap: Culture & Organizational Health
By Joyce Kwon / Sep 23, 2016
Are cultural practices impeding your organization's health? Are you mindful of any communication gaps that may exist?
read more →

Do Performance Reviews Have to Suck?
By James Heaton / Apr 14, 2017
Do performance reviews have to suck? It’s a question many people seem to ask. Brief answer: NO. Quite the contrary: they should be a gift and an inspiration. Performance reviews are not small tools to assess individual performance. They are large tools that impact the capacity of an organization to have the effect that it intends in the world.
read more → 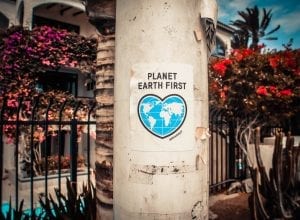 Nonprofits
Nonprofit Brand Basics
By James Heaton / Feb 28, 2011
For any organization, arguably your most important brand asset is your name. Some names are better than others at explaining why you exist and why you matter. So, along with the name, most organizations also need a tagline. For a nonprofit the tagline's most important role is clarification.
read more → 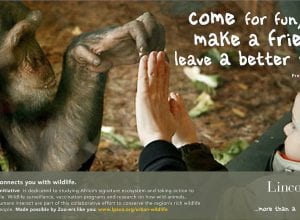 Nonprofits
When Is Nonprofit Advertising Not a Waste of Money?
By Therese Nguyen / Jul 12, 2021
For nonprofits, the risk of wasting money on advertising is often a debilitating concern. Ignoring the fact that investing in advertising can result in a greater impact in the long run, many tread carefully with their spending out of fear of being accused of misusing funds, thereby discouraging donors. But in the same way that for-profit advertising can stimulate and even create a desire for commercial products and services, nonprofits can use advertising to bring greater attention to and encourage support for their cause.
read more →

Nonprofits
When Is Urgent Organizational Alignment Needed?
By James Heaton / Sep 25, 2020
As an organization grows, there are inflection points that require urgent organizational alignment. Of these, organizational size is the simplest rough measure, but there are others.
read more →