Blog>Blog>Stories About My Father
Blog

Stories About My Father

As I write this, my father, Dr. Dale L. Heaton—a retired Presbyterian minister—is still alive. He is barely breathing in hospice care near his home of 40 years in Florida. I will not see him again before he dies.

A short hero story. This may ring true for others who loved (and hated in short bursts) their fathers, who wanted to be like them, and wanted not to be like them, who were proud and ashamed … who will dearly miss them when they are gone. 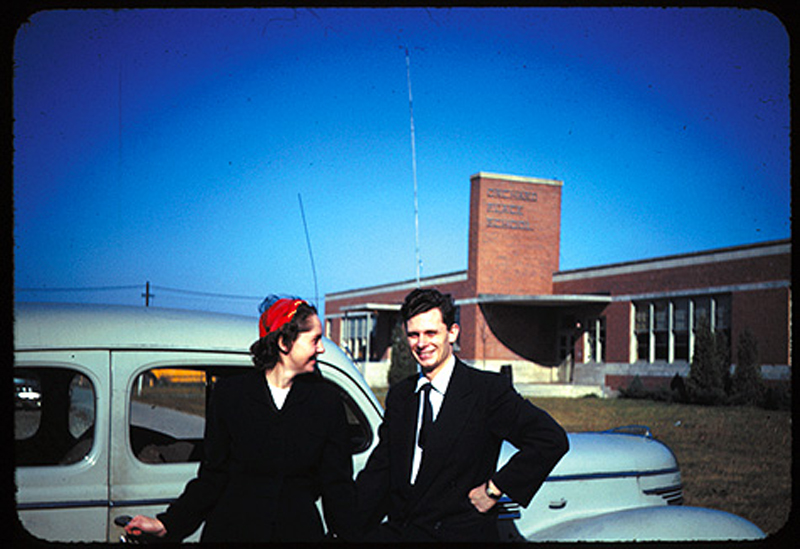 We are all defined, in some measure, by our fathers. In my mind now, my father is a collection of stories. Some he told in passing about his youth, some are known to our family, some perhaps only I can tell. Here are flashes of a few of these stories that stand out to me just now. 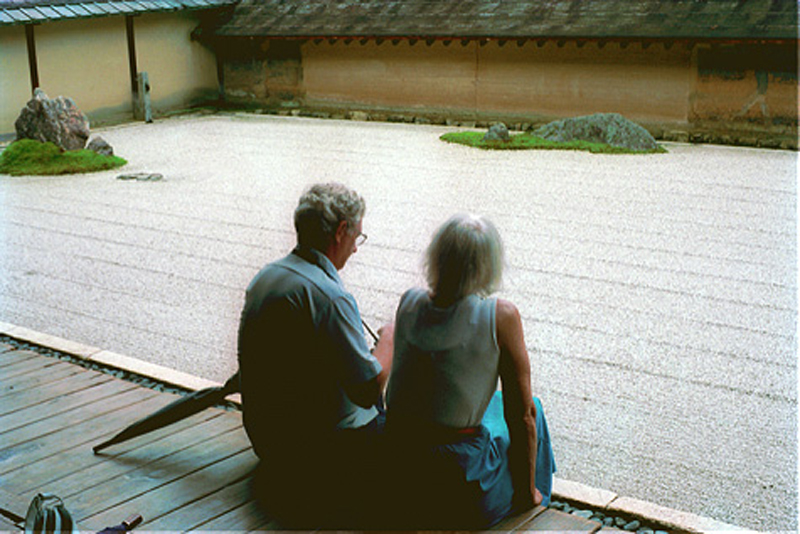 photo: Pit stop at Ryoan-ji while visiting me in Kyoto, 1989.

The Great Depression began the year my father was born. His father, a baker, was forced to move around seeking work. As a result, he attended a string of different elementary schools in Nebraska, Colorado, Iowa, and finally Chicago. He started work selling newspapers at a newsstand at the corner of Chicago Avenue and State Street on Chicago’s north side at age 9. This expanded funding for some of his personal interests, including model airplanes and comic books. His mother mentioned to me once that he had many occasions to be robbed of his money at knife point, or to fight to defend it. He was small of stature, but a very fast runner, which also probably served him well in these situations.

A portion of his retained earnings were invested in what became a large collection of early Action Comics, including all of the first Superman series and then later Spiderman and Batman. He was never a big fan of throwing away stuff that was still useful, and he had loved comics since first learning to read. In one of his few ironical stories, he told of coming home from college to find that his comics collection was gone. His mother had done him the favor of cleaning out all of his old stuff, and she had given away his entire collection to the neighborhood kids.

That collection included the most valuable comic book of all time: Action Comics #1 and many others that would now be worth hundreds of thousands … each.

But his life in general was mostly marked by the kind of satisfaction that comes from doing a good job. He was a maker and fixer of practical things. I am writing this now at a desk that he made before I was born. The red 1967 Pontiac Firebird that he bought from a parishioner in 1968—perhaps to christen his midlife crisis—was kept by him in good repair until he gave it to my brother Dave in the late 70’s, after it had clocked over 230,000 miles. 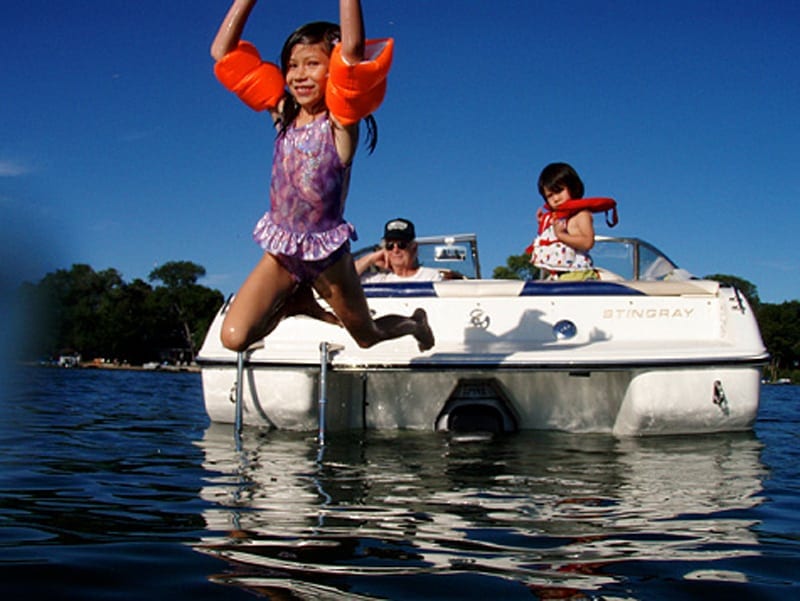 Perhaps as a reaction to spending his later youth in the inner city of Chicago, or a residual effect of serving alone—as a 16-year-old—on a fire lookout tower in the Clearwater National Forrest in Idaho during the summer of 1945, he always cherished time spent far away from the bustle of modernity. As luck would have it, in the early 1960’s, he had a local Sunday morning radio broadcast that caught the attention of a certain Mrs. Esmond. She needed to find a worthy man of faith to receive an island that she owned in the wilds of northwestern Ontario. She called Billy Graham and asked if he wanted it. His people said that he had too many properties, and they were not interested. My father was the next on her list of calls. 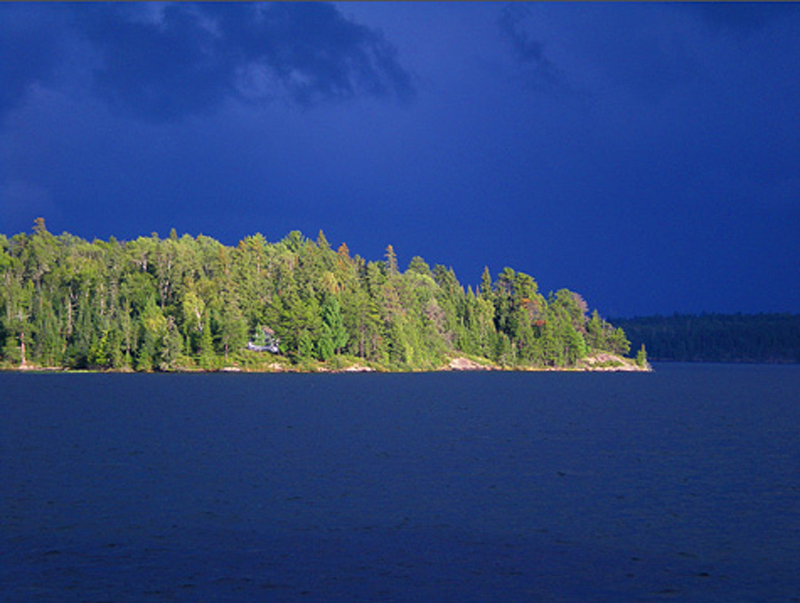 photo: View from the cabin during a storm, Lake of the Woods, 2010.

He visited the island in 1964, and the Wilson Retreat Association—for a small collection of Presbyterian and Congregational ministers and their families—was created in 1966. 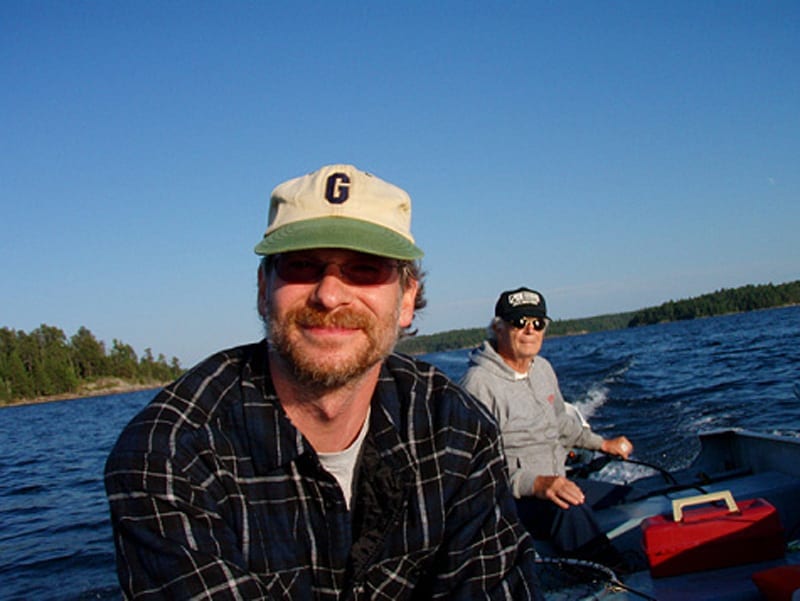 On that island, where we spent a part of every summer unmolested by civilization, he taught me—and all the family—how to fish and water ski. He removed a stray hook that was embedded in my cheek with a pair of pliers. (The nearest doctor was 10 miles by boat, and another 50 by car.) He religiously took pictures of every large cache of fish that we ever brought home for dinner. He showed us the neolithic rock paintings that dotted the surrounding islands, and where the best blueberries could be found, and how to dig for natural clay under the sand at the beach. He did not show me how to fix the old outboard motors, or the many other odd and often seemingly arcane devices that populated the tool shed. He did show my more mechanically inclined brothers.

I teach these same things (leaving out the mechanical stuff) to my children now. 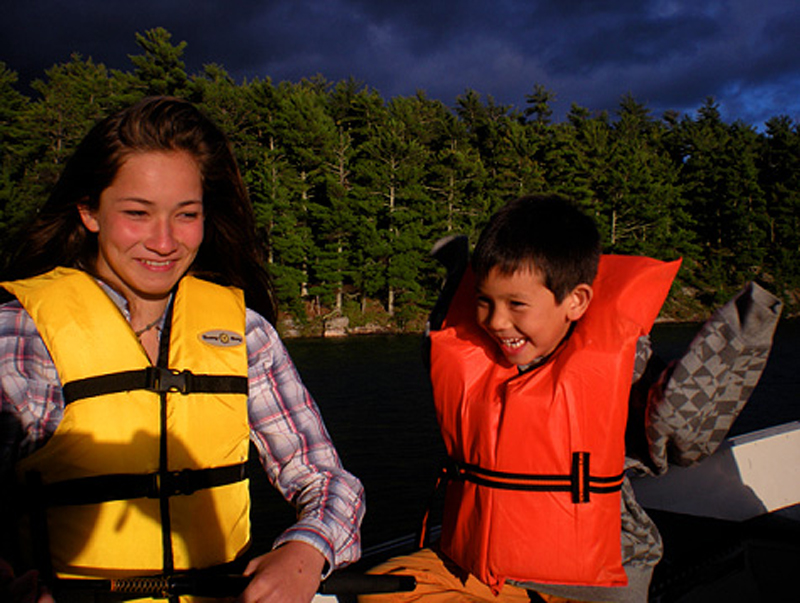 I remember him getting up on water skis in his 60’s, and skiing all the way around the island. I also remember the year that he finished his doctoral thesis, refining and fine-tuning and testing the ideas he had put down on reams and reams of paper. In this—as in many things—he was assisted ably by my mother, now his wife for 62 years.

Then there is an oft-glimpsed image of him working late on Saturday nights finalizing the theme, detail, and references for the next morning’s sermon and, of course, him up on the podium delivering that sermon to several hundred parishioners with a mixture of oratory skill, gentle admonishment, and a good dose of illustrative story telling. The stories had emotion and power that enlivened his practical message, a message always focused on love, and making good in this world—not just preparing yourself for the next. 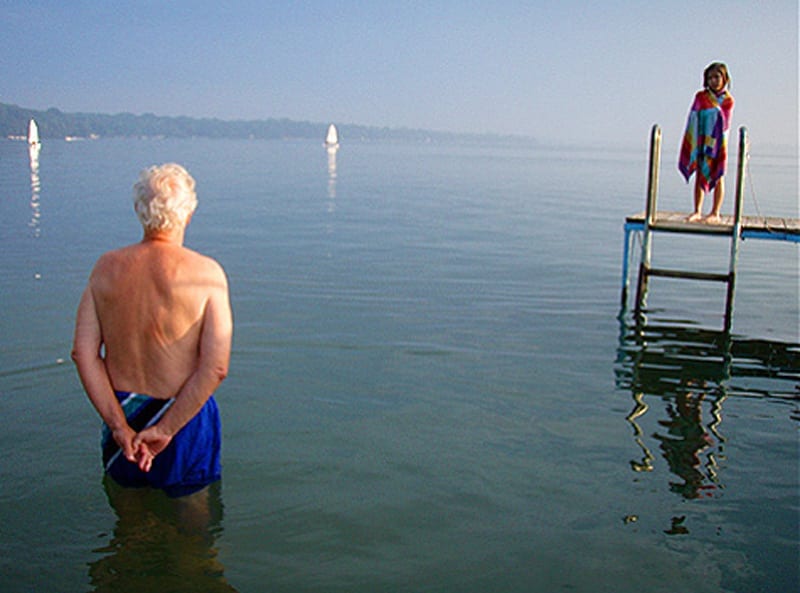 He practiced what he preached.

My father’s ideas on religion are contained in his book Reality Religion, a short practical guide to many of the questions people have asked him over the years. This book, of course, got him into trouble, but that’s another story. 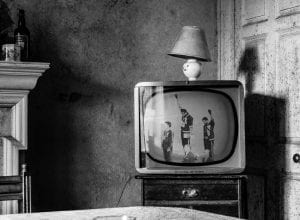 Blog
“Innocent White Folk”
By James Heaton / Jun 18, 2020
It is unnecessary to mention that a lot is happening in America right now. We are in the middle of both the pandemic and the national mobilization around Black Lives Matter. It is an act of will not to speak up, not to enter this conversation. But it is so easy to be thoughtless or to think of one's innocence in all this … only to be reminded not so quietly, “But it is not permissible that the authors of devastation should also be innocent. It is the innocence which constitutes the crime.” —James Baldwin, The Fire Next Time, 1963.
read more → 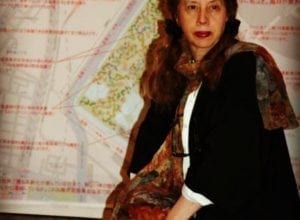 Blog
Arakawa + Madeline Gins
By James Heaton / May 19, 2010
Arakawa Shusaku — July 6, 1936 - May 18, 2010.
It was 1991, and I was fresh from Japan, adrift in New York, and uncertain of my destiny. It was Madeline and Arakawa who found me (especially Madeline). They took me in, fed and nourished me with scraps of wisdom—and curry—from the kingdom of intellectual freedom in which they habitually dwelt. 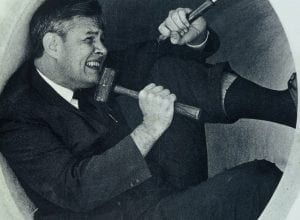 Culture
On Jim Crane’s Shoulders
By James Heaton / Feb 10, 2016
Rarely does a day go by where I do not make use of what I learned from Jim Crane.
read more →

Blog
Chinese Mothers
By James Heaton / Jan 31, 2011
A friend of mine sent me the Wall Street Journal article "Why Chinese Mothers Are Superior" a few weeks ago. It was sent to me, I assume, because I have a Chinese mother in my own house—the mother of my children. The article excerpts and promotes the book Battle Hymn of the Tiger Mother by Professor Amy Chua, and it was actually sent to me by a few different friends.
read more →
Uncategorized
House Sublet for the Holidays
By Tronvig Group / Jan 01, 2015
Private content.
read more →