Blog>Blog>The Many Forms of Intelligence: Is Snooki the smartest guy in the room?
Blog

The Many Forms of Intelligence: Is Snooki the smartest guy in the room?

Reason should investigate its own parameters before declaring its omniscience.

When I was in junior high school, I remember being both arrogant and stupid. I say this because I remember thinking I was the smartest kid in the class. I thought this because I got the best grades and I spent time thinking about things that did not seem to interest others. Only later did I learn that there are many forms of intelligence.

In a recent office conversation about Chinese mothers, I brought up Gardner’s theory of multiple intelligences—the idea that different people have very different cognitive abilities and that these present alternate pathways to achievement. This idea was, from the moment I read about it in 1983, an epiphany that simultaneously explained much about my own mind and gave me a path to better understanding the thinking of others. So, from our office conversation, one of my art directors proposed what she thought to be an extreme example: “How about Snooki? Could she be the smartest guy in the room?”

If, like me, you do not know much about Snooki, this video might shed a little light.

Effectively running a business requires that you recognize that there are multiple paths to knowledge, and you must learn to value differing abilities in your employees. I’m pretty sure there is no test in school that measures our intelligence in terms of the ability to judge someone’s character, and yet this is actually an essential and extremely valuable intelligence, both in daily life and in business. For example, I do not rely on my own intuition as a judge of people’s character because I know that my abilities here are far surpassed by another person in my office. Although she was not hired for this, her insights are extremely valuable and I rely on them frequently and with the confidence of experience. Her assessments are rarely off the mark.

I recently had an interesting and related conversation with a friend who was a former military officer. He recounted a story from his youth during the Vietnam War. One of his fellow platoon leaders was a guy who barely passed the book exams that were a required part of their military training yet, despite his near total lack of book smarts, he was a natural leader who was able to make the right snap decision in combat; the kind of decision that saved lives.

By contrast, the “smartest” guy in the class, who aced all the tests and mastered all the theory was, in fact, incapable of leading his men in combat. Intelligence, in this context, turns out to have a great deal to do with ability to make a good decision quickly and stick with it. In this scenario, careful evaluation of the options and choosing the absolute best possible course of action, or what might in other contexts be the hallmark of high intelligence, is totally inappropriate.

How about Snooki? Could she be the smartest guy in the room?

In an email conversation the other day with a friend from thirty years ago, I was reminded that the two of us got into a heated philosophical argument in our last year of college. It became a seminal rift in our relationship. When I brought it up, I found out that we both clearly remembered the argument, even after the intervening twenty seven years of silence. We even remember the philosophers we were each citing to support our respective and contradictory positions.

Now I’m sure this argument probably sounded pretty intelligent to any bystanders at the time, but if this was in fact the thing that damaged our friendship, there were probably a lot of other much smarter people in that room.

I have come to understand that there are many forms of intelligence, and I have learned the hard way to truly respect this. Which brings me back to Snooki, the example that inspired this post: Is there a context where she is “the smartest guy in the room”?

Probably. That’s where experience has brought me.

Maybe that’s the beginning of wisdom.

Featured image taken from the video above 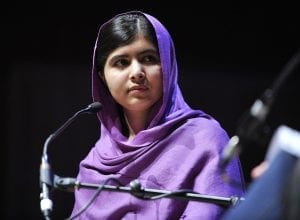 Blog
2014 Nobel Peace Prize
By James Heaton / Oct 10, 2014
The Nobel Peace Prize is tricky. I must say I do not envy those who have to decide on the recipient for such an award. Is it really even an award, or more of an incitement to do better? This year it is the inspirational Malala Yousafzai.
read more → 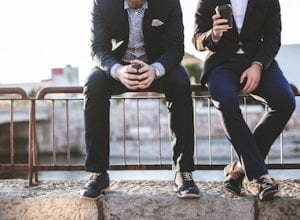 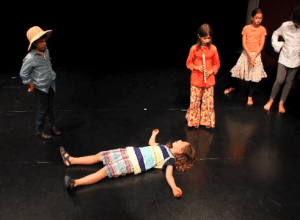 Other
“Competitors Are Stealing My Ideas.”
By James Heaton / May 15, 2014
"All strategies aimed at exploiting an innovation must achieve leadership within a given environment. Otherwise, they will simply create an opportunity for the competition."
read more → 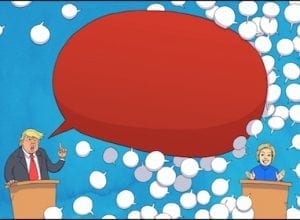 360 Branding
Branding Eats Policy for Lunch: How the Trump Brand Won in 2016
By Ben Jenkins / Dec 29, 2016
Donald Trump won the presidential election by doing what we tell our clients to do every day. He rigorously stuck with the Trump brand.
read more →