My Monday night—the night Hurricane Sandy came ashore—was spent in my fourth floor apartment on Manhattan Beach. On one side, I watched the ocean waves cover the roofs of the homes on the beach. On the other side, I watched the Sheepshead Bay Canal waters rush in over cars and through buildings. As I saw all this I was wishing I had packed an inflatable boat in my “to go” bag. 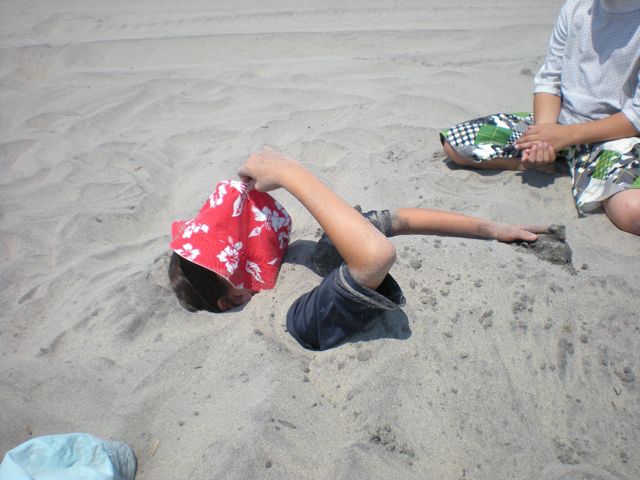 The whole time this was happening I was also listening to my family’s morbid sarcasm: “It always looks the darkest before it goes completely black.”

Then it did. The power went out. We were left—along with much of NYC—without any water or electricity. For days.

Our first night after the storm I watched cars attempting to drive—but mostly floating—away and firefighters making attempts at evacuations. That’s when I realized the unintended effect that my last text message could have had on all my friends who still had access to news: “I’m really scared. The garage across the street is already fully covered, and it hasn’t even made landfall yet.”

For the days that followed, I was inseparable from my little red flashlight as I climbed up and down the stairs to bring back necessities—water, batteries, canned food, crackers, and LOTS of chocolate.

On the morning after the first night, it didn’t take long for the streets of Manhattan Beach and Brighton Beach to fill with people—familiar faces—happy to find each other, happy to find out some news, happy (in line with the Russian tradition) to find an open liquor store.

We were devastated but relieved that the worst was now behind.

We were devastated but relieved that the worst was now behind.

Unfortunately, our lack of access to news made it hard to see the bigger picture, and we could only guess at the effects of the storm on other areas, or at the fact that this was far from over.

The very next day, after an on-foot escape from Brighton Beach in search of an internet connection and hot water, I was on my way home with my friend—who shared her Hurricane Sandy experience in Social Media, Communities, and Disaster—when we received an unnerving phone call.

A friend’s house was fuming, and they had to get out. They live in a waterfront complex a couple of blocks away from me. Just that morning everything was fine. Now I went with her, as they were let in, one family at a time, to take their valuables and evacuate. As we rushed into her building, my little red flashlight in hand, we were greeted by a horrible odor and given 3 minutes to gather her family’s belongings.

I spent the rest of the night trying to forget that pungent burning smell.

As soon as spotty phone service resumed, I was overwhelmed with concerned messages from friends and the Tronvig family offering homes, water, and help.

New Yorkers are definitely a resilient bunch, and they have given away their secret: snobbiness is just an act.

We have now spent 2 days crowded into our “temporary office” in James’ dining room, sharing stories and hot meals (and hot running water!). Today is the fourth day since the hurricane, and the fires and evacuations seem to increase as each day goes by. Luckily, the support of this remarkable community grows to meet the challenge.

This was by far the most humbling and terrifying experience of my adult life—realizing that while you’re freaking out about your balcony falling off, your friend’s house across the street is flooded or burning.

It has now become clear that we will be seeing the effects of Hurricane Sandy in our neighborhood for a long time to come. What’s interesting, however, is that while writing this was the first time since Monday that I actively thought about it. The overwhelming community activity to gather and help each other has filled up my Facebook feed, phone, and pushed out gloomy conversations. Groups of friends and neighbors in all parts of New York City have mobilized to help—even if it has meant spending that last bit of hard-to-come-by gas in order to bring clothes and volunteers to a shelter.

New Yorkers are definitely a resilient bunch, and they have given away their secret: snobbiness is just an act. Tough? Yes. Selfish? No.

I am also no longer afraid of the dark.

Nonprofits
My New York Today: The Sadness of COVID-19
By James Heaton / Apr 23, 2020
As I check the numbers each day on the New York Times map of the virus, it’s hard to comprehend the sadness this data illustration represents. The numbers grow, often adding zeros. Behind each zero are thousands of individual names, fascinating stories, dearly held passions, truncated hopes, an end to the delicate ripples each human life sends out into the world.
read more →

Museums
What Is the Brand of New York? (Historic House Museums)
By James Heaton / Feb 17, 2014
We don't always think of cities as having brands, but they certainly do. While some cultural institutions are actually strong enough to be active builders of the brands of their fair city, most are not, and most historic house museums are certainly not in such a position. But each institution's history and meaning in relationship with the existing brand of its city is a factor in its success.
read more → 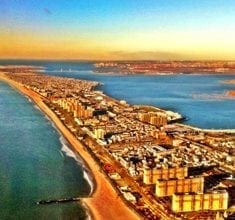 Blog
Social Media, Communities, and Disaster
By Tanya Kuznetsova / Nov 02, 2012
It's day 4 after Hurricane Sandy hit, and I'm just as anxious as I was waiting for the storm. Fortunately, my home is located in a safe zone. Unfortunately, many of my friends' and loved ones' homes aren't.
read more → 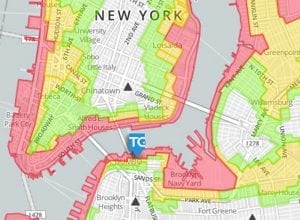 Blog
Tronvig Group in the Red Zone
By Kira Brodskaya / Oct 29, 2012
Tronvig Group updates regarding the effect of Hurricane Sandy on operations and our offices.
read more → 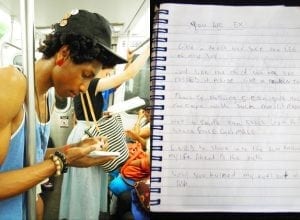 Arts
Poems by New Yorkers
By James Heaton / Dec 27, 2013
A stranger steps up to you on the subway and asks you to write a poem. You pause to consider the request. Then you let down your guard, detach from the rush, open your heart and oblige. In that moment you are being a true New Yorker—friendly, generous, creative, kind.
read more →