With the very memorable subject line “fan mail and request,” Jim Grant asked us to help him update the website for Grant’s Interest Rate Observer. Now it is live, and on Tuesday we put out the following announcement release:

The redesigned site looks like Grant’s on paper—just as stylish as that—but offers a panoply of new enhancements. They include a guided tour of the statistics section, a handy listing of companies mentioned and analyzed, an annotated reading list, and a selection of Grant’s articles available for perusal at no charge.

Perhaps the most exciting new feature is an article-sharing function. At the click of an icon, a subscriber may pass along a favorite story to friends, family members (some will be mystified) and colleagues. 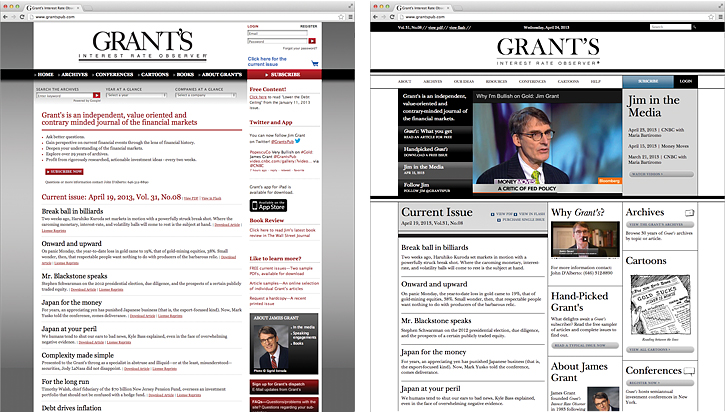 “Before” shown on the left and “After” on the right.

The new Grant’s website was developed with the sprightly and intelligent programming help of Skyworld in Boston.

Founded 30 years ago by James Grant, Grant’s Interest Rate Observer is a twice-monthly journal devoted to identifying the next important thing to happen in finance. In this hugely difficult task, Grant’s has had many notable, even glorious, successes along with the inevitable swings and misses. It is a demanding read but, especially to professional investors, an essential one. Grant’s runs to 12 pages and appears 24 times a year. The nicest thing that anyone has ever said about the publication, in the opinion of its editor, is that “all the interesting people read Grant’s.” For the pleasure of its prose and the weight of its analysis, a loyal clientele pays an annual subscription price of $1,025—gladly, for the most part.

The Twitter community welcomed James Grant’s debut on Twitter in early October last year as @GrantsPub. With Twitter-perfect statements such as “Bernanke should stick to baseball,” he attracted over a thousand followers within 24 hours of his first tweet (he is currently dreaming up his second).

James Grant is the author of five books on finance and financial history as well as a pair of political biographies: Bernard M. Baruch: The Adventures of a Wall Street Legend, Money of the Mind, Minding Mr. Market, The Trouble with Prosperity, Mr. Market Miscalculates, John Adams: Party of One, a biography of the second president of the United States, and Mr. Speaker! The Life and Times of Thomas B. Reed, the Man Who Broke the Filibuster.

His writings also appear in the Financial Times, The Wall Street Journal, and Foreign Affairs, and he contributed to the Sixth Edition of Graham and Dodd’s Security Analysis (McGraw-Hill, 2009).

Mr. Grant regularly appears on television including Bloomberg and CNBC. He was a regular on PBS’s “Wall Street Week” for 10 years. He has also appeared on “60 Minutes,” “The Charlie Rose Show,” and “CBS Evening News.”

Click here for more on our work with Grant’s Interest Rate Observer.

Blog
Bill Shannon Biographical Dictionary of New York Sports
By James Heaton / Oct 17, 2011
I am not a traditional sports fan. I follow no particular professional sport. I have attended few professional sports events in my life. And yet, I do in fact love sports, all kinds of sports. Perhaps this is why the Bill Shannon Biographical Dictionary of New York Sports that we created for the New-York Historical Society has become so dear to me in the short time we have been working on it. It is not an homage to any one sport, but rather to the idea of sport, and the role that sport plays in the lives of great and interesting people.
read more → 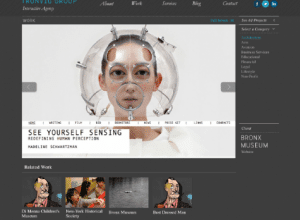 Other
Web-centric Branding
By James Heaton / Jan 31, 2010
In many cases corporate logos' iterations for real-world use must now follow the lead and meet the requirement first set by their online life.

No longer is it the other way around.
read more → 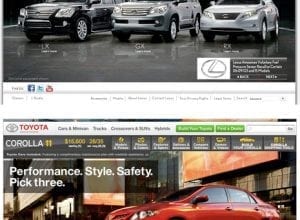 360 Branding
Design and Price Point
By James Heaton / Feb 07, 2011
We recently had a small web project for a client that sells a very expensive service. Over many years they had built up a successful business, and they had done this without ever having had a website. They came to us somewhat reluctantly pushed into the wading pool, as it were, by their sales manager, who felt insufficiently supported by the brand. He needed online credentialing and support for his sale activities.
read more →