The campaign for the Bronx Museum, which showed an institution that is a part of the community it was established to serve, helped double attendance over the course of the year subsequent to the campaign. 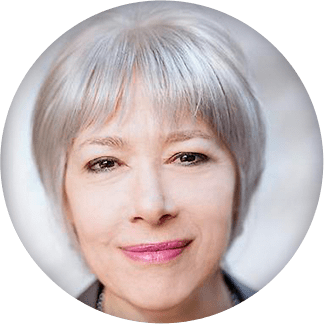 I did what you recommended two years ago and it worked. I asked you for this campaign and it’s working. Good so far. 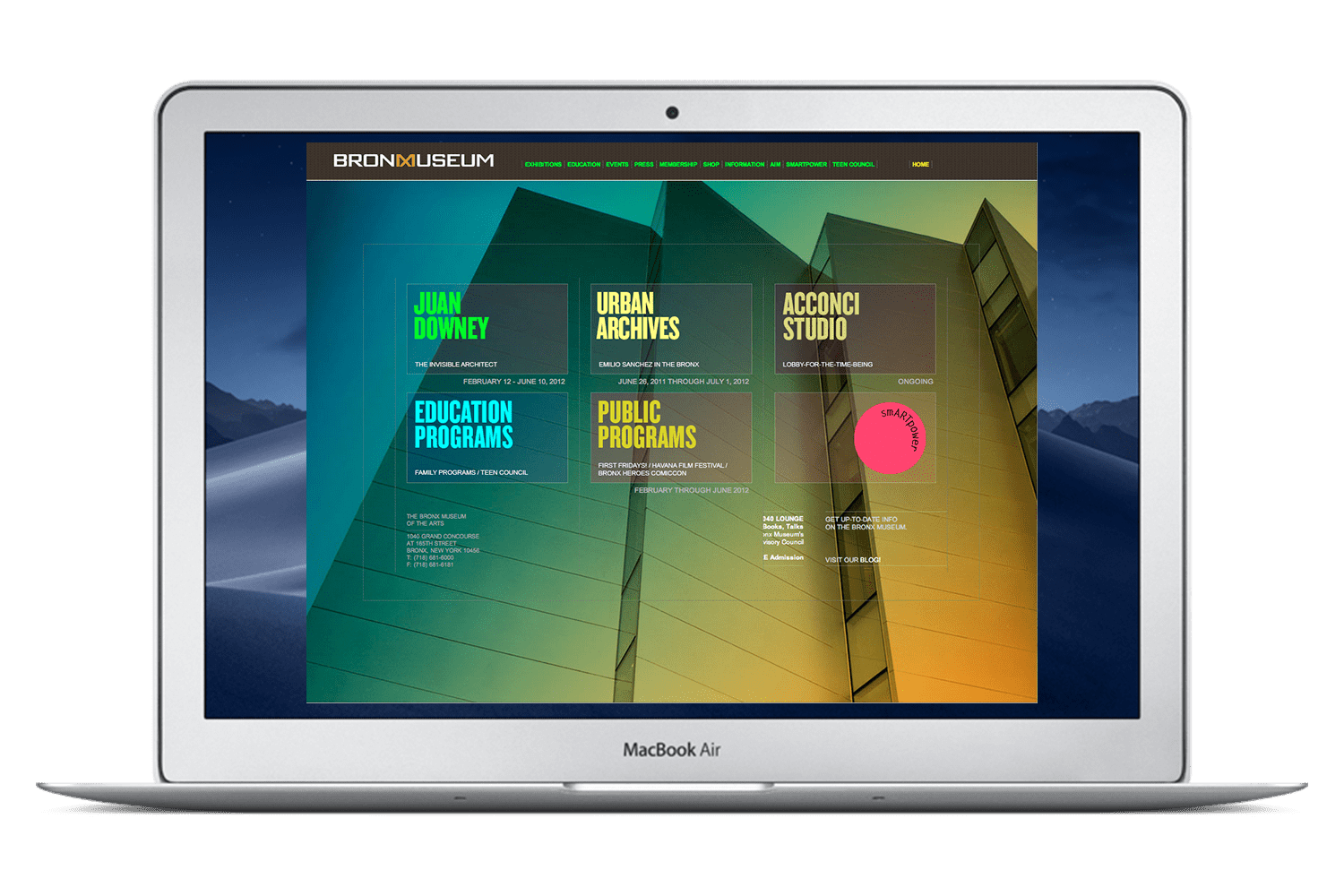 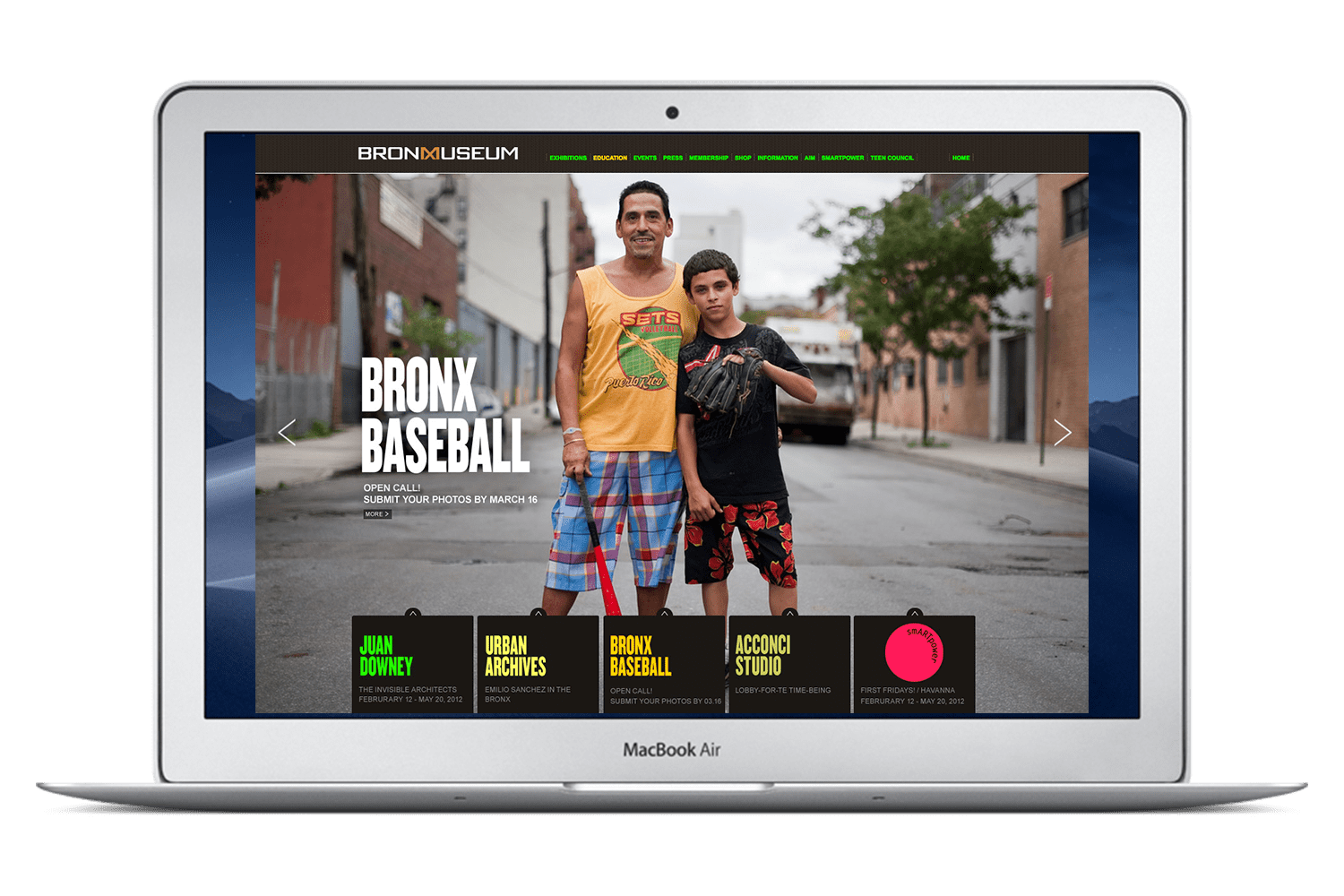 The Bronx Museum needed to increase attendance among local residents in the South Bronx, one of the poorest communities in North America. It faced two challenges. The first challenge was that over 90% of core visitors to museums are white while nearly 90% of the population of the Bronx are not. The museum’s white-wall setting and its communications were too focused on appealing to a contemporary art crowd that you would find across the river in Manhattan. The second challenge was that the cold exterior and lack of communication of what’s inside resulted in an impression of impenetrability and intimidation. Our observational research showed that passersby—even those who walked by the building twice a day—had no idea what it was. Also, a message of “for contemporary art lovers only” was unappealing to the local community.

The website had the same issues as the museum exterior. It didn’t have any information about how to get in, what people are going to experience once inside, or how they might possibly fit in or benefit from the experience. In 2006, the museum completed a major building renovation, and the website made a point of showing it off. In the context of communicating accessibility to the local community, however, this presentation had some serious problems: It showed a fortress. It showed no door. 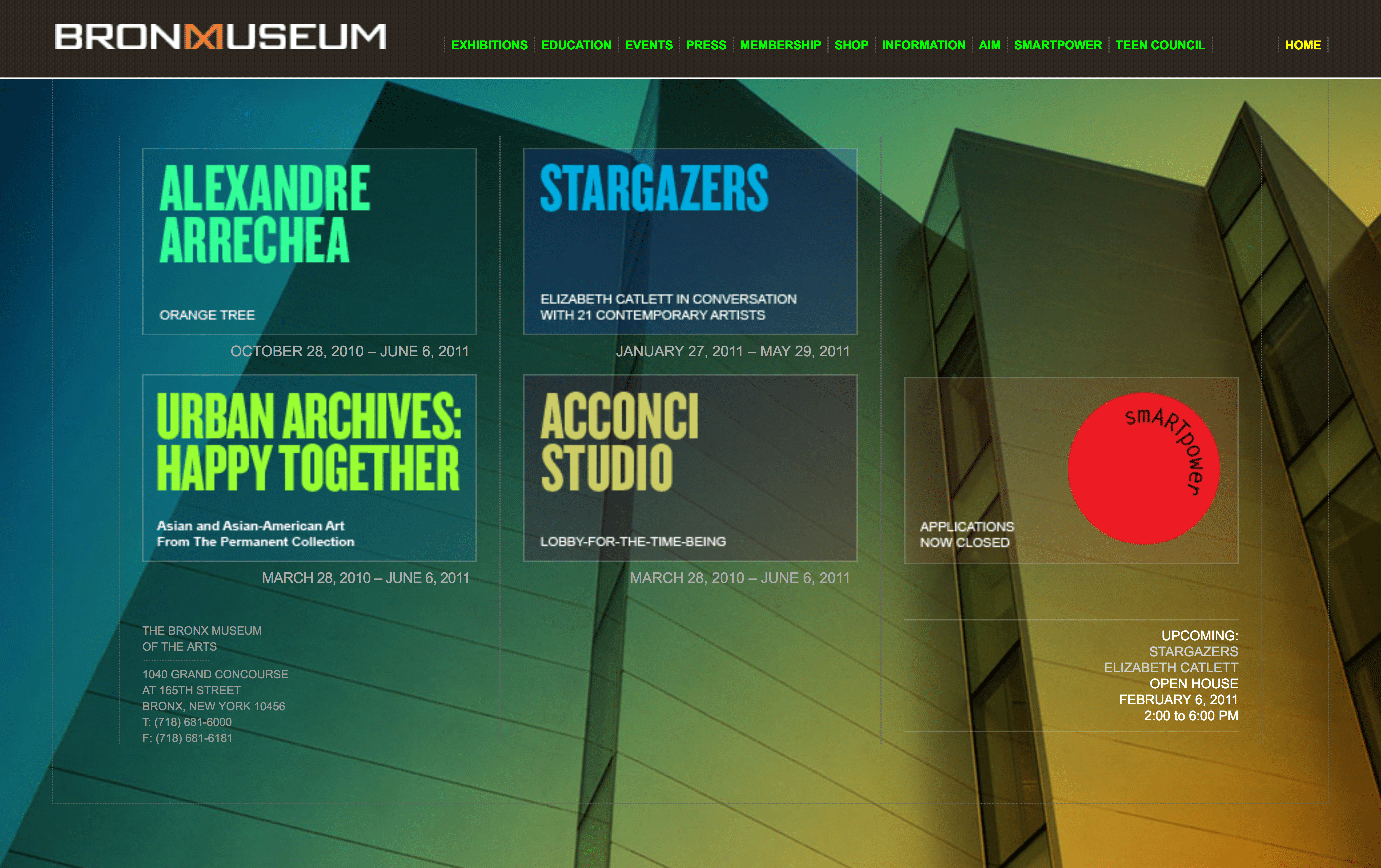 Research and analysis uncovered a variety of ways that the Bronx Museum could appeal more directly to the local community, but these parts of its offer were not being communicated. Local residents had a narrow understanding of what the museum offered. Paying greater attention to the needs of this particular target allowed the institution to communicate a competitive advantage that was not previously understood. 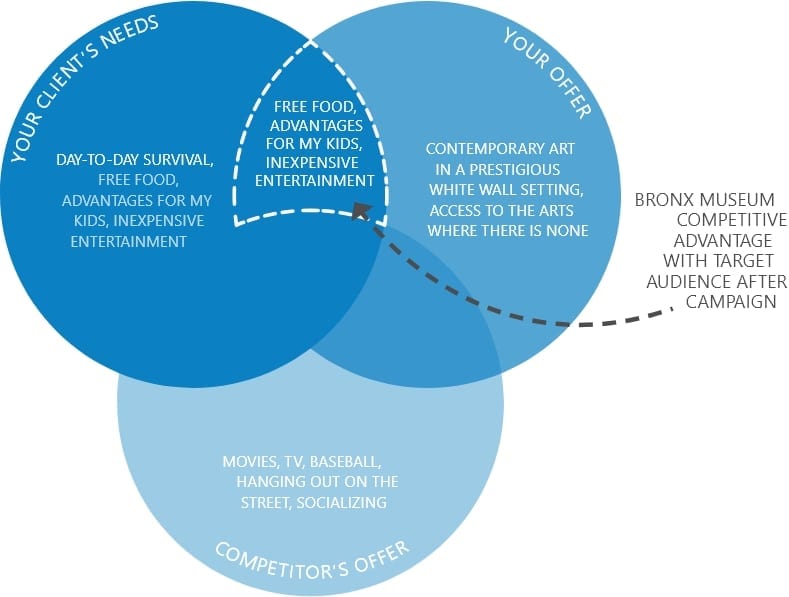 We launched an ad campaign in NYC subway stations, bus shelters, and on the exterior of the museum, featuring local residents at museum events. These ads are not simply showing what’s on display—as is typical of the genre—but feature WHO is inside and the who, in this case, are everyday people: the general Bronx public. 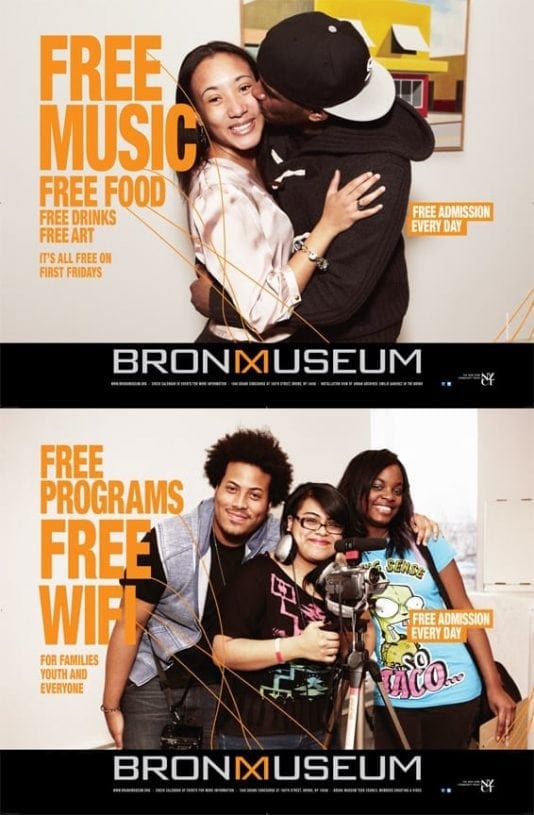 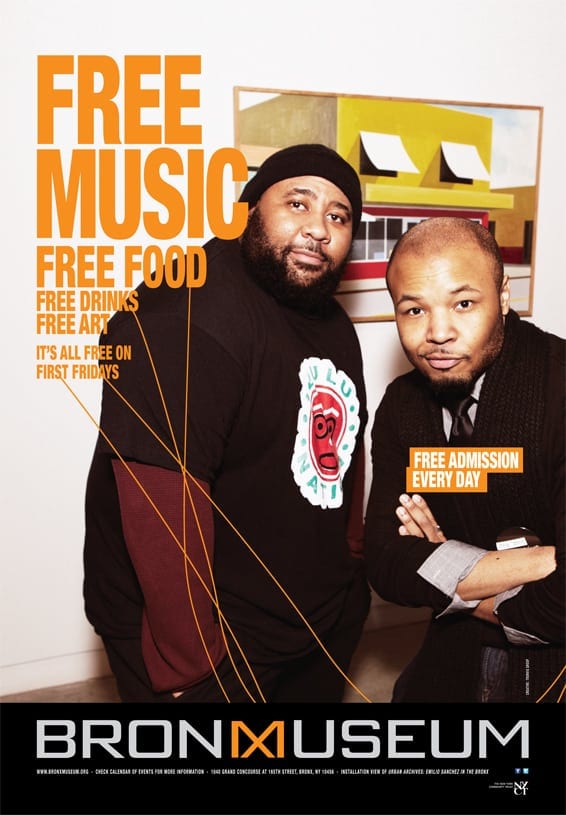 We fixed the street-level signage to clarify what the building is and actively reduced the psychological barrier to entry by showing local people having fun at events inside the museum. New signage in the front windows welcomed people in and utilized advertising space in front of the museum. 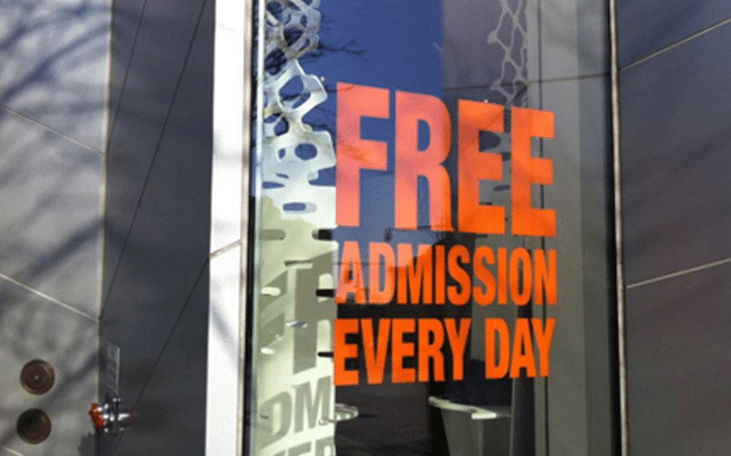 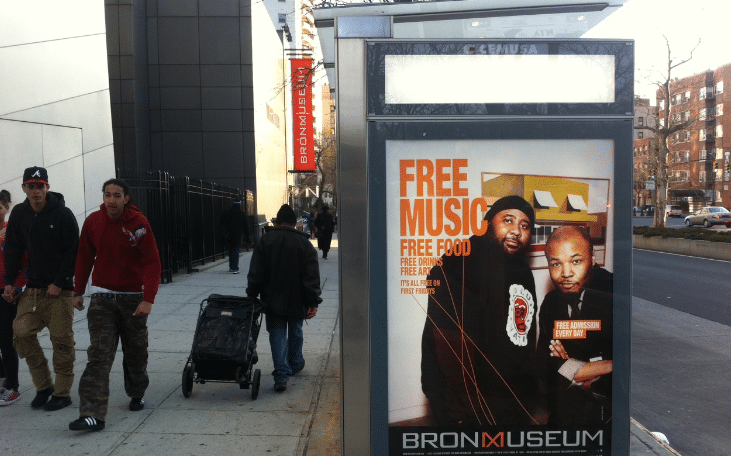 We photographed a few different events at the museum, and these images captured what was actually happening. From these assets, we were able to create a new visual language for the museum that was a far more transparent membrane between the community and the institution. They show an institution that is a part of the community it was established to serve. 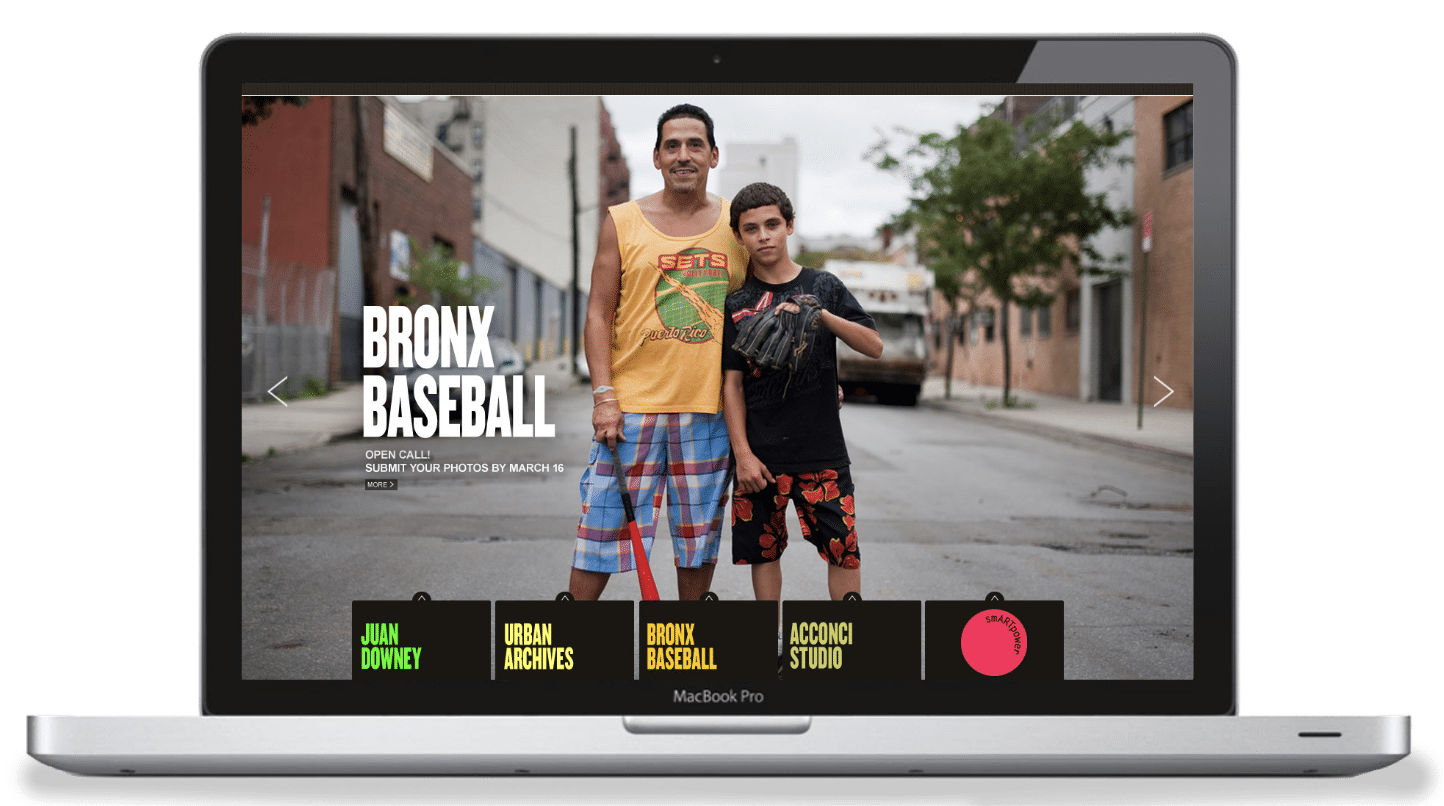 “Ms. Block said the jump in annual attendance — to 50,000 from 25,000 — is a result of not only the elimination of a suggested admission fee (which had been $5 for adults) but also of the aggressive marketing effort that has accompanied it, including bus and subway posters and radio ads.” —The New York Times

One year later: This campaign—combined with the efforts of the Bronx Museum to remain persistently relevant to the people who live in the Bronx—doubled the museum’s attendance over the course of the year subsequent to the campaign, as noted in the New York Times. Annual attendance eventually rose to 100,000 visitors from the initial 25,000.